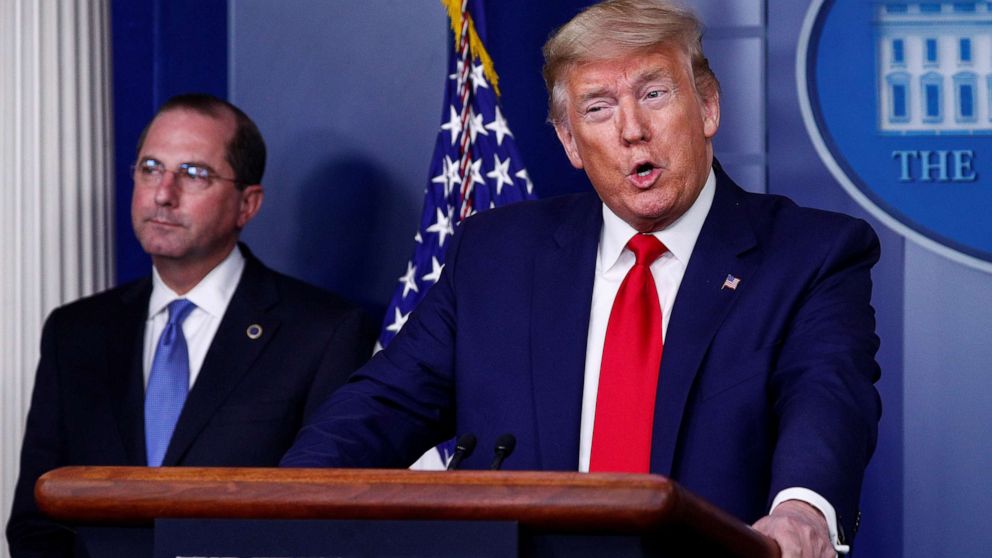 As the coronavirus task force weighs additional measures to take amid the pandemic, President Donald Trump continued to resist a nationwide stay-at-home directive, despite his top health official stressing more strongly than ever that strict social distancing is key to saving American lives.

He also announced at Friday’s White House briefing that the Centers for Disease Control and Prevention, in a reversal, was now advising Americans wear non-medical masks in public, adding it was voluntary.

And while Capitol Hill lawmakes are officially on recess, Democrats are pushing another round of relief amid a volatile stock market and nearly 10 million jobless claims in the past two weeks, but the Senate’s Republican leader is raising concerns over the cost.