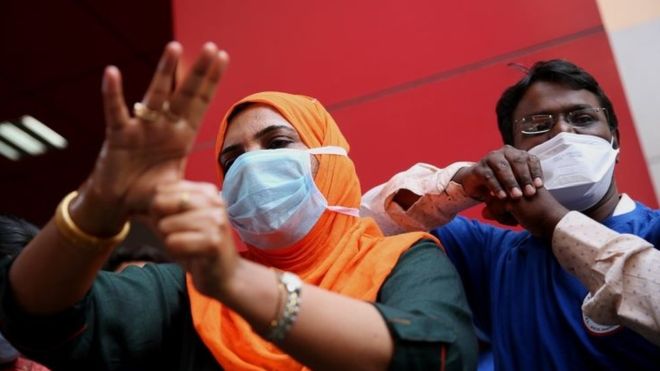 The current coronavirus outbreak is the biggest challenge for the world since World War Two, UN Secretary General António Guterres has warned.

He said it could bring a recession “that probably has no parallel in the recent past”.

His warning comes amid dire predictions about the possible economic impact of measures imposed to fight the virus.

The death toll in the US is now more than 4,000 – higher than the declared number of fatalities in China, where the outbreak began late last year.

Johns Hopkins University said 865 people had died in the past 24 hours in the US and in all more than 189,000 people in the country had been infected.

About three out of four Americans are now, or about to be, under some form of lockdown, as more US states tighten measures to fight the coronavirus, which causes the Covid-19 disease.

Meanwhile, Spain, second only to Italy in the number of recorded fatalities, has seen 849 deaths in the last 24 hours – the highest number it has had in a single day.

Why a Frenchman built a 'Tudor' castle in Burkina Faso

TikTok: Pompeo says Trump to crack down on Chinese software in coming days