Home > News > Coronavirus: Half of humanity now on lockdown as 90 countries call for confinement 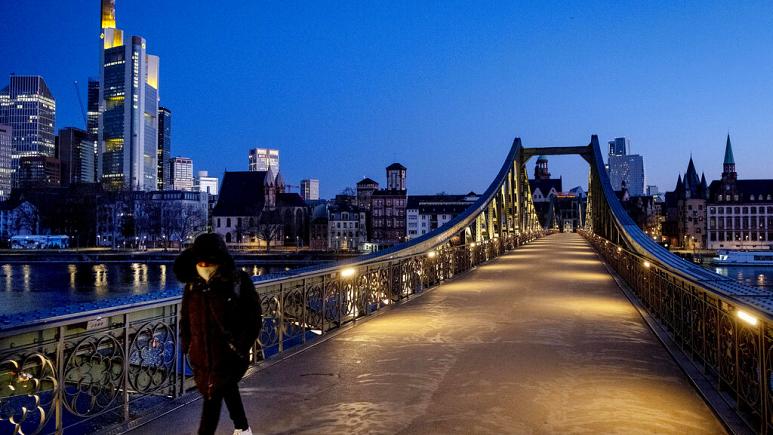 More than 3.9 billion people, or half of the world’s population, have now been asked or ordered to stay at home by their governments to prevent the spread of the deadly COVID-19 virus.

Data from an AFP database collated compulsory or recommended confinements, curfews and quarantines in more than 90 countries or territories.

Due to the introduction of a curfew in Thailand (effective from Friday), the threshold of 50% of humanity will be reached.

Meanwhile, the number of dead in Spain from coronavirus has now risen above 10,000, according to the latest health authority figures published on Thursday.

It’s a new record for the country, with 950 deaths in the last 24 hours. The total number of deaths stands at 10,003, with a total of 110,238 confirmed cases in Europe’s worst affected nation after Italy.

However, the infection rate appeared to ease. Health authorities say contagion in Spain has dropped from a daily average of 20% until March 25 to less than 12% after that date, more than 10 days after Spaniards were ordered to stay home.

But the government has acknowledged that the real number of infections could be much higher due to limited testing.

The figures also show that more people are recovering. The total now stands at 26,743 in Spain — up from 22,647 the previous day. That number represents more than 20% of the overall number of cases.

Unemployment soars
Spain also reported catastrophic unemployment figures on Thursday, evidence of the devastating effect the pandemic is having on the economy. Jobless numbers rose by over 300,000 in March, the highest increase on record, Euronews’ Spanish service reports.

The number of people out of work has risen far more sharply than happened during the financial crisis of 2008, Spanish media say.

The European Union has designed a new programme to raise up to €100 billion to tackle surging unemployment brought on by the pandemic.

The aim of the scheme, called SURE, is to provide financial assistance to the 27 member states via loans from the EU. “Only the strongest of responses will do,” European Commission president Ursula von der Leyen said in Brussels on Thursday.

Also around Europe:
In Greece, authorities placed an entire refugee camp under quarantine Thursday after discovering that a third of the 63 contacts of an infected woman tested positive for the virus — and none showed symptoms.
In the UK, another 569 people died of coronavirus, bringing the total number of deaths to 2,921. As on Wednesday, it is the biggest daily increase in the UK so far.
14 EU states have signed a joint declaration warning of the danger of violations to the rule of law, AFP reports. EU Commission President Ursula von der Leyen said on Thursday she was “particularly concerned about the situation in Hungary,” where Prime Minister Viktor Orban has been granted sweeping new powers.
The European Commission chief apologised to Italy for the lack of EU solidarity during the pandemic but stopped short of granting Rome’s request for ‘corona bonds’.
“Today Europe is mobilising alongside Italy. Unfortunately, this has not always been the case,” Ursula von der Leyen wrote in Italy”s La Repubblica newspaper.

A French medicine watchdog has warned of the dangerous side effects of malaria and HIV drugs being tested against the novel coronavirus.
The British comedian Eddie Large has died aged 78 after contracting coronavirus in hospital where he was being treated for heart failure, according to UK media reports quoting his son. The Glaswegian found fame in the 1970s and 80s in the duo Little and Large.
British Airways will furlough 28,000 workers as a result of the coronavirus lockdown, says a trade union.

Race to secure medical supplies
Governments are racing to buy medical equipment including protective gear as a debate intensifies over providing adequate testing, when it’s advisable to wear masks, and whether stricter lockdowns should be imposed.

In the worst-affected countries health resources are being massively stretched. Some in Europe have called in medical students, retired doctors and even laid-off flight attendants with first aid training to help.

The situation has been exacerbated by medical staff becoming infected themselves. In Italy alone, nearly 10,000 medical workers have contracted the virus and more than 60 doctors have died.

Research from Singapore is the latest to suggest that around 10% of infections may be spread by people who carry the virus but do not yet show symptoms, AP reports. The US Centers for Disease Control and Prevention has updated its advice to Americans on the risk of infection, essentially warning that anyone may be a carrier.

President Trump has admitted that stocks of protective gear are depleted in the US, where over 5,000 deaths and more than 200,000 infections have been reported.

The number of worldwide cases rose above 900,000 on Wednesday, the World Health Organisation (WHO) said. The United Nations has warned that the world faces its worst crisis since the Second World War.