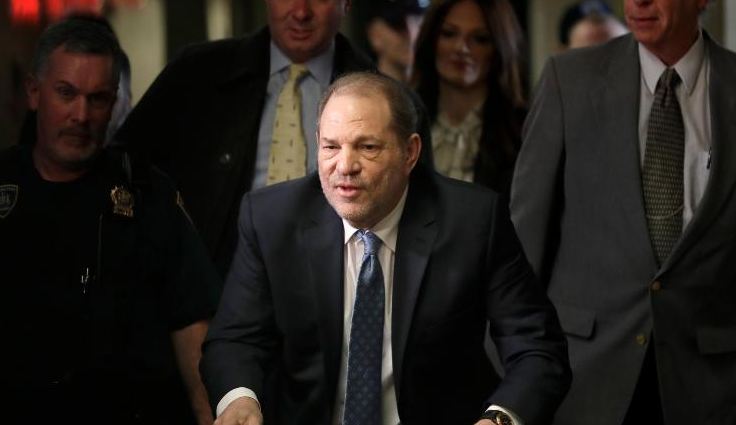 He is now in isolation, according to Michael Powers, president of the New York State Correctional Officers and Police Benevolent Association.

Weinstein was found guilty of rape and sexual assault last month and sentenced to 23 years in prison.

His lawyers have vowed to appeal against his conviction.

Weinstein is being held at Wende Correctional Facility near Buffalo in upstate New York. Two prisoners at the facility tested positive for the virus on Sunday, an officer who did not wish to give his name told Reuters news agency.

Mr Powers told Reuters that several members of staff had been quarantined. He expressed concern for corrections officers who he claims lack proper protective equipment.

How Harvey Weinstein faced his reckoning
Major medical goods shortage in 10 days, NYC warns
A lawyer for Weinstein said his legal team had not been informed of the coronavirus diagnosis.

Imran Ansari said: “Given Mr Weinstein’s state of health, we are of course concerned, if this is the case, and we are vigilantly monitoring the situation.”

Before arriving at Wende, Weinstein had spent time at Rikers Island, a prison in New York City and a hospital where he was treated for heart problems and chest pains.

Weinstein was found guilty of committing a first-degree criminal sexual act against production assistant Miriam Haley in 2006 and of the third-degree rape of aspiring actress Jessica Mann in 2013.

New York jurors acquitted him of the most serious charges, of predatory sexual assault, which could have seen him given an even longer jail term.

Dozens of women have come forward with allegations of sexual misconduct, including rape, against Weinstein since October 2017.

FBI director: China is ‘greatest threat’ to US