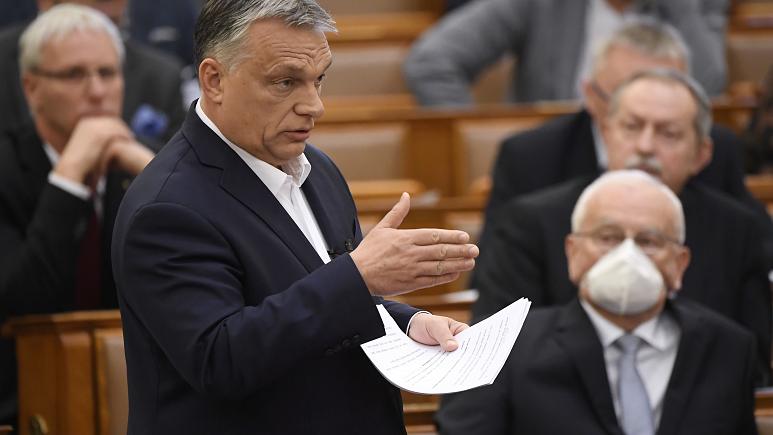 Hungarian MPs are considering a new bill which would increase the government’s powers during the coronavirus pandemic.

New legislation would allow Viktor Orban’s government to extend the state of emergency indefinitely, even if the spread of COVID-19 made it impossible to sit in Parliament.

But the Commissioner for Human Rights of the Council of Europe has expressed concern over the new law.

Dunja Mijatovic wrote on Twitter that she believed the Hungarian parliament was preparing to grant “sweeping powers” to the government without any restrictions or time limits.

“Even in an emergency, it is necessary to observe the Constitution, ensure parliamentary and judicial scrutiny and [the] right to information,” she said. 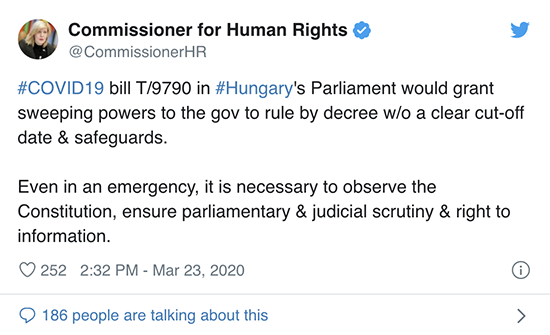 The European Commission told Euronews that it did not want to comment on the specific bill, but that any emergency measures should follow EU standards.

The European Union states that any emergency measures introduced in a member state, such as during the COVID-19 pandemic, must be temporary, and freedom of the press must be maintained.

Civil rights groups, including Amnesty International Hungary and the Hungarian Helsinki Committee, have argued that the bill does not meet the constitutional requirements for an emergency legal order. 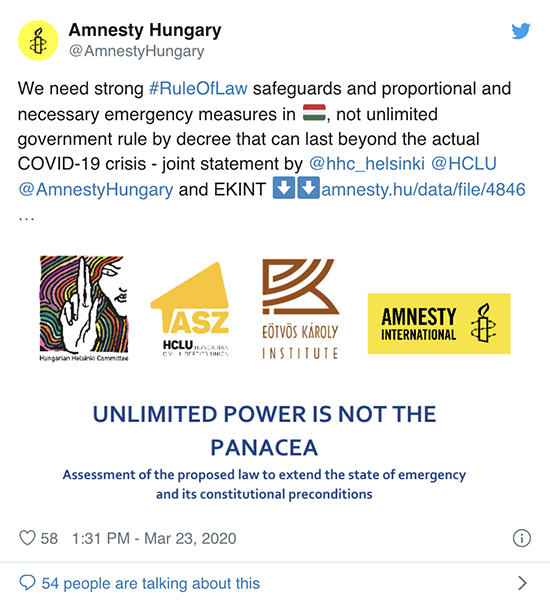 French MEP Gwendoline Delbos-Corfield added that Budapest should not give “carte blanche” to Orban and “weaken the safeguards of an already shattered democracy”.

Delbos-Corfield also tweeted her incredulity that journalists in the country could potentially be imprisoned for sharing “false” information.

The new rules would also introduce prison sentences of up to five years for citizens who share false information related to the coronavirus, which could interfere with public health or create “confusion or unrest”.

Elections and referendums would also be postponed indefinitely during the emergency.

“This law [is] … further strengthening the role of the government at the expense of freedom of information,” Delbos-Corfield tweeted. 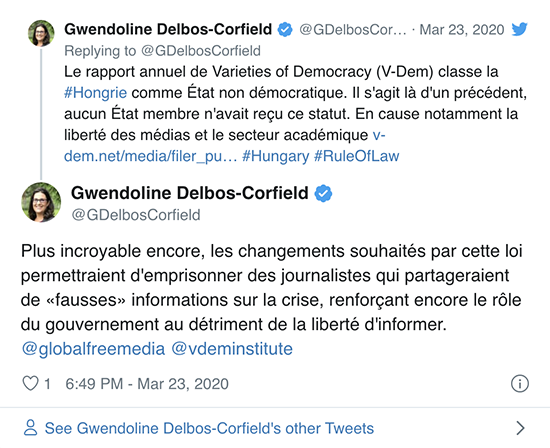 Orban’s government has previously faced criticism from independent media for withholding information and showing inconsistencies in managing the COVID-19 crisis.

Opposition parties have also argued that the government could bypass Parliament with the new bill, which could give rises to abuses of power.

But spokesperson Zoltán Kovács said that attempts to portray the bill as a threat to the free media were “biased and irresponsible” and that “lives are at stake”.

“We will solve this crisis, even without you,” Orbán told opposition parties in parliament on Monday, adding that the extraordinary measures are necessary to protect public health and Hungary’s economy.

Hungary declared a state of emergency on March 11 following the spread of coronavirus.