Home > News > Coronavirus in Europe: The hospital at the centre of Romania’s COVID-19 crisis 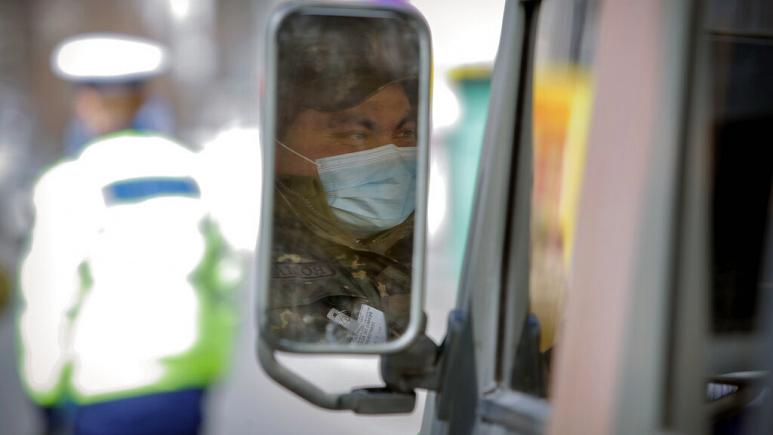 A healthcare crisis, centred around a single hospital in the northeast Romania, has exacerbated the spread of coronavirus in the country, resulting in a city and surrounding area being locked down to try to contain the threat.

The city of Suceava and nearby area were placed under quarantine earlier this week, the only part of the country so far put under near-total lockdown.

Romania had 3,183 confirmed cases of coronavirus as of Friday afternoon, with over a quarter of those in Suceava. 116 people have died in Romania due to the virus, 36 of those in the city, which has a population of just 100,000.

Meanwhile, of the roughly 500 healthcare professionals in Romania infected with the virus, at least 200 are from the local county hospital, which has been heavily criticised for lax safety measures, mismanagement and negligence.

“It’s a disaster, and happened because of a lack of leadership and the management of the initial situation,” said Bogdan Tanase, head of Romania’s Doctors’ Alliance. “Lacking direction from the centre they improvised and made the worst mistakes and the epidemic spread throughout the hospital and the city,” he added.

The virus is believed to have arrived in the city with a 71-year-old man who returned from Lombardy in Italy in late February, and was later admitted to the hospital with coronavirus symptoms. Since then the virus has spread rapidly.

In late March the hospital was closed in order to be disinfected, after coronavirus rates skyrocketed. However, that hasn’t limited the fallout. On Wednesday, Romania’s president, Klaus Iohannis, withdrew an award he’d given to the hospital late last year. Prosecutors have also opened a criminal investigation.

On Thursday, the government sent a military doctor to run the hospital, after the previous management team resigned.

Romania’s new health minister, Nelu Tataru, appointed last week after his predecessor resigned over his handling of the pandemic, has already spent several days in the city.

In a press conference on Friday, he listed Suceava as among the three major hotspots of infection in the country, but stressed that things were getting back to normal, with operations at the hospital set to resume and the entire medical staff being tested for the virus starting this weekend. Those who test negative will go back to work, he said.

Yet at the same time, Romania’s healthcare system is also struggling with rising anger among healthcare workers, who account for roughly 16% of known coronavirus cases in the country.

After a spate of resignations in recent days, caused by a lack of available protective equipment, President Iohannis on Thursday asked the government to approve a €500 a month bonus for medical personnel directly involved in the fight against coronavirus. He added that the money would come from European Union funds.

Romania has the lowest spending on healthcare as a percentage of GDP in the European Union, and Tataru admitted in his Friday press conference that resources were depleted when he arrived and the healthcare system was “facing an unprecedented situation”.

Nearly 10,000 people with coronavirus died in care homes in England and Wales

Face masks will soon be mandatory in Germany