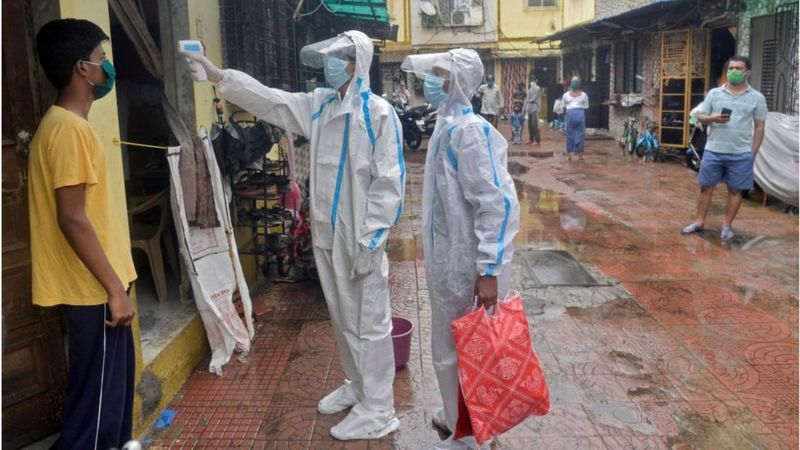 India has recorded more than 90,000 new cases of Covid-19 in the past 24 hours, taking its total above that of Brazil.

The country now has the second-largest number of confirmed cases in the world, 4,204,613. It has reported 71,642 deaths, the third-highest in the world.

The surge in reported infections has mostly come from five states.

The rise comes as the government continues to lift restrictions to try to boost an economy that lost millions of jobs when the virus hit in March.

For the last seven days India’s caseload has galloped, adding more than 75,000 daily infections per day.

More than 60% of the active cases are coming from the states of Andhra Pradesh, Tamil Nadu, Karnataka, Maharashtra and Uttar Pradesh, India’s most populous state.

Cases have also begun spiking in the capital, Delhi, as well, with more than 3,200 infections recorded on Sunday, the city’s highest in more than two months.

An upsurge of Covid-19 in many rural areas has also led to an uptick in numbers.

The virus has struck a remote tribe in India’s Andamans islands, with 10 members of the Greater Andamanese testing positive over the past month.

The rise in cases is also partly a reflection of increased testing – the number of daily tests conducted across the country has risen to more than a million. 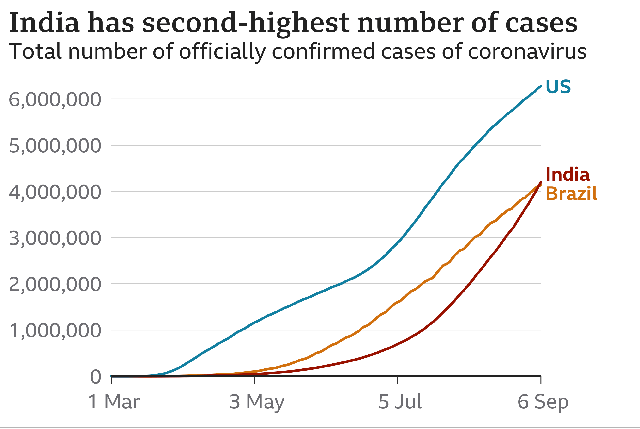 Although India has a low death rate from the disease, nearly 1,000 deaths have been recorded every day from across the country for the last seven days.

In early August India became the third country in the world to pass two million cases.

India went into a stringent lockdown in March in an effort to curb the spread of the coronavirus, whose numbers were only in the hundreds then.

It began to ease out of it in phases in June to promote economic activity, even as cases continued to spike.

The pandemic and the lockdown caused massive disruptions to economic activity during the quarter.

India’s economy shrank by 23.9% in the three months to the end of June, the worst slump since the country started releasing quarterly data in 1996.

People with coronavirus dying 10 years earlier than they would have naturally: Study