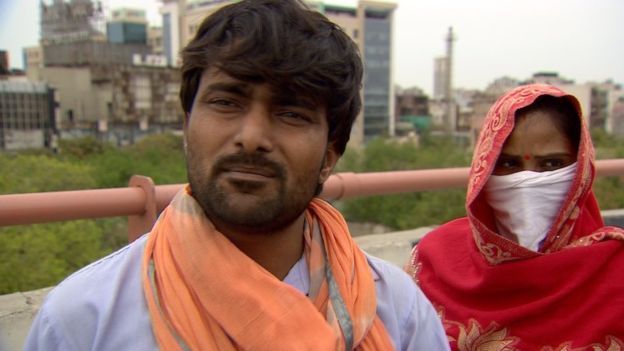 Mohammad Alam is one of thousands of workers standing in a food queue in India’s capital, Delhi.

The factory where he worked shut down after Prime Minister Narendra Modi announced a 21-day lockdown to stop the spread of coronavirus.

A daily-wage labourer, he has no other source of income, so he has been forced to come to a government centre for food. “I don’t know how I will survive, I will have to borrow to feed my family,” he says.

He and his family joined a throng of people leaving the city soon after the lockdown announcement was made. Public transport systems were stopped, leaving people with no choice but to walk.

Mr Kumar, his wife, and their 10-year-old daughter had already walked more than 40km (24 miles) when we spoke to him. “There is no work here, that is why we are running away. There are no buses, I have to walk another 260km to get to my village,” he said.

India has announced a $23bn (£18bn) relief package to help people like Mr Alam and Mr Kumar who are part of India’s unorganised, informal industry which employs 94% of the population and contributes 45% to its overall output.

This industry is already bearing the brunt of the lockdown with thousands finding themselves unemployed overnight.

But the economic fallout of this unprecedented lockdown has been dire. Businesses have closed, unemployment has risen and productivity has fallen.

India’s growth engine was actually sputtering well before the threat of outbreak arrived. Once one of the fastest growing economies in the world, its growth slowed to 4.7% last year – the slowest level in six years.

Unemployment was at a 45-year high last year. Industrial output from the eight core sectors at the end of last year fell by 5.2% – the worst in 14 years. Small businesses had only just begun to recover from the controversial 2016 currency ban that came as a body blow to the cash-consuming informal economy. 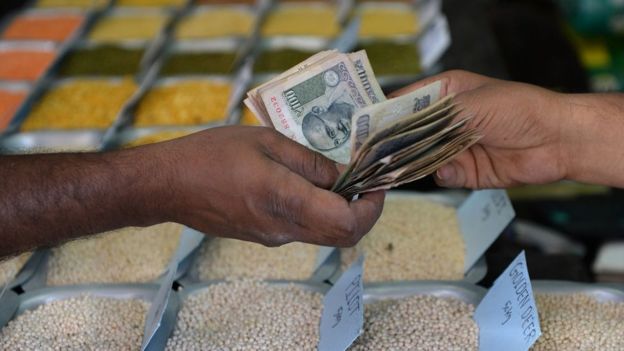 So while most welcome the government’s measures, they feel much more needs to be done to minimise the economic impact.

“While free extra rations have been sanctioned, how will the poor access what is due to them?” wonders economist Arun Kumar.

“The government should devise a way of using the army and state machinery to physically distribute food to the poor.”

With thousands of migrant workers stuck miles away from their homes, the seamless distribution of cash and food needs to be the government’s top priority, he adds.

And it’s not just migrant workers at risk.

Farmers are also vulnerable to a potential economic shock from the lockdown – the agriculture industry contributes nearly $265bn to GDP.

The government says it will give farmers 2,000 rupees ($30) in April as an advance payment from an $80 annual pay-out to tide over the situation.

“This money will be inadequate because exports have stopped. Prices in cities will rise because of profiteering and in rural areas they will drop because farmers won’t be able to sell their crop,” says economist Arun Kumar.

The outbreak has happened at a critical farming time – the new crop is ready, waiting to be sold.

Economists warn India’s challenge will be in transporting this food from villages to cities in the midst of the lockdown.

If supply chains don’t work properly, a lot of food will be wasted and lead to massive losses for Indian farmers.

Experts warn that India is also at the brink of a major unemployment crisis.

Economist Vivek Kaul says people who work for small businesses may end up with job and salary losses. “I know of places where companies are actively discussing how many people they need to fire,” he says.

And that’s not all. 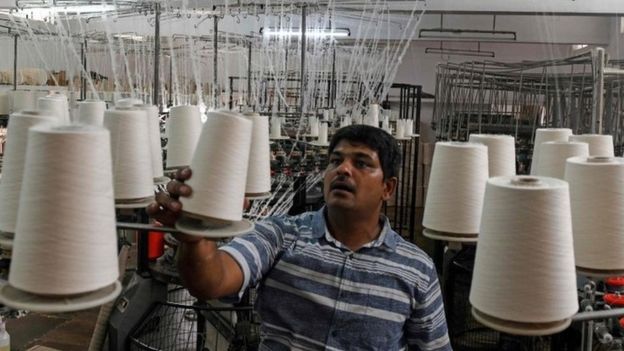 With flights suspended until mid-April, the shutdown is also bound to push India’s fast-growing aviation industry into peril.

The Centre for Asia Pacific Aviation (CAPA) has assessed that the Indian aviation industry will post losses worth nearly $4bn this year.

This will likely have a cascading effect, affecting the hospitality and tourism industries. Hotels and restaurant chains across the country are empty and are likely to remain so for several months, sparking worries of large-scale layoffs.

The automobile industry, a key indicator of a country’s economic growth, has also been forced to hit the brakes – experts are estimating losses of nearly $2bn.

So, is India’s relief package enough?

Experts say it’s a drop in the ocean compared to bailouts in countries such as the US, China and Singapore.