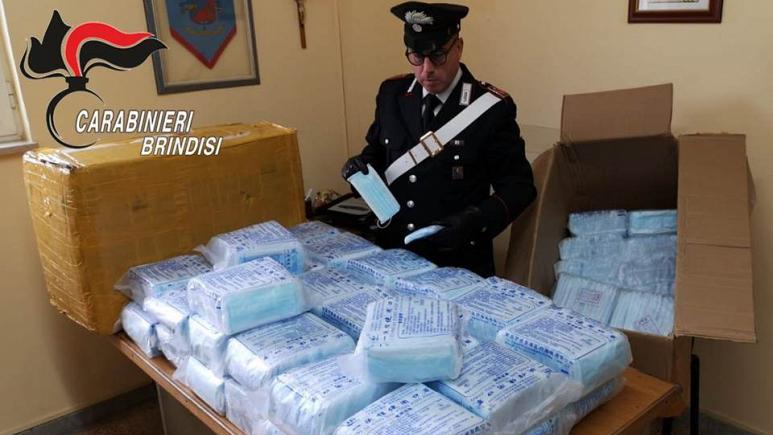 Italian police have arrested two men in Brindisi on suspicion of stealing 12,000 face masks during the COVID-19 quarantine.

The brothers, aged 23 and 30, from Erchie, are being held on charges of aggravated robbery and the assault of a Chinese shopkeeper.

They are accused of offering the man, who owned a regular household goods shop, a part-payment cheque of €8,000 for the sale of the disposable TNT masks, according to the Carabinieri.

But when the masks arrived, they convinced the merchant to travel to an industrial area in Oria, where they threatened the shopkeeper “with a knife” and “hit him with fists”.

They are then believed to have stole 8,100 face masks and a second part-payment cheque of €4,000.

The shopkeeper was able to walk into Oria and raise the alarm.

The police say they were able to identify and arrest the suspects after an immediate investigation and had recovered “almost all the loot” and the cheque that had been stolen.

Coronavirus: 'Europe is in a fight for its life' says Ursula von der Leyen