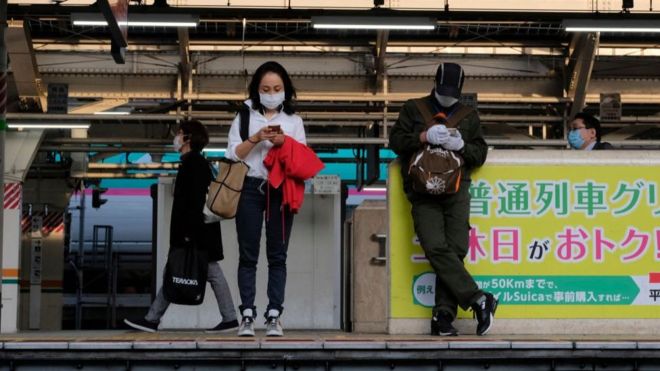 A nationwide state of emergency has been declared in Japan due to the country’s worsening coronavirus outbreak.

The move allows regional governments to urge people to stay inside, but without punitive measures or legal force.

The state of emergency will remain in force until 6 May.

Speaking at a special meeting of medical experts, Mr Abe said: “Areas where a state of emergency should be carried out will be expanded from the seven prefectures to all prefectures.”

As the number of infections in Japan has increased, criticism of Mr Abe’s response has grown louder.

One poll shows 75% of people think the prime minister took too long to declare a state of emergency in Tokyo.

After a recent spike in cases in the capital Tokyo, experts warned that the city’s emergency medical facilities could collapse under the pressure. Officials in Tokyo have also urged people to work from home. 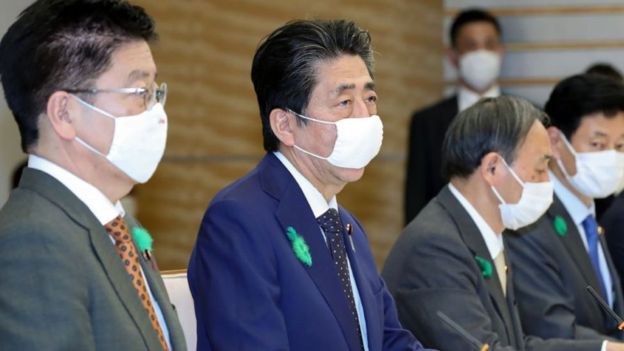 After the initial state of emergency came into force on 8 April, a number of other regional governors called for the measures to be extended to their areas, saying that cases were growing and their medical facilities were overwhelmed.

And the mayor of Osaka appealed for people to donate their raincoats, so they could be used as personal protective equipment (PPE) for health workers whom he said were being forced to fashion PPE out of rubbish bags.

How has Japan responded to the outbreak?

Despite recording its first case more than three months ago, Japan is still only testing a tiny percentage of the population, the BBC’s Tokyo correspondent Rupert Wingfield-Hayes reports.

Unlike South Korea – which has brought its outbreak largely under control through a programme of large-scale testing – the Japanese government said that carrying out widespread testing was a “waste of resources”.

The health ministry fears that hospitals could be overwhelmed by people who test positive, but only have mild symptoms.

Testing is also governed by local health centres, not on the national government level – and some of these local centres are not equipped to carry out testing on a major scale.

Hokkaido became the first region in Japan to declare a state of emergency due to the coronavirus in late February, and lifted the state of emergency on 19 March. However, it was re-imposed this week because of a second wave of infections.