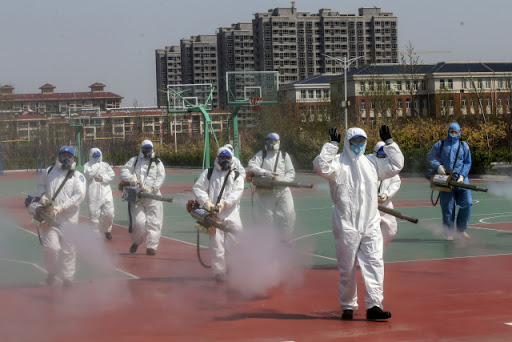 The global death toll due to COVID-19 passed 150,000 as daily death tolls continued to be in the hundreds for many of the worst affected countries in Europe.

According to data published by the Coronavirus Resource Center at the US Johns Hopkins University, the number of deaths worldwide stood at 154,271 on Saturday morning (CET).

There have also now been more than 1,000 deaths in African countries with Algeria, Egypt, Morocco and South Africa the worst hit by the pandemic.

“With the current challenge of obtaining testing kits, it’s likely that the real numbers are higher than reported.”

“With WHO support, most countries in Africa have the capacity to test for COVID-19, but there are still significant gaps to access to testing kits,” Dr Tedros added.

Many European countries are looking towards a “new normal” with Italy and France recording decreases in hospitalisations, a sign of improvement in both countries.

New figures from Germany on Saturday showed another 3,609 cases compared to the previous day. On Friday the German government announced the epidemic was “under control” in the country, thanking people for staying home and doctors, nurses, and other workers for working to help others.

Germany has a low death toll compared to other badly hit European countries.

“We can now say that this succeeded… the infection rate has decreased significantly,” said health minister Jens Spahn.

Coronavirus: Is pandemic being used for power grab in Europe?

UK’s testing target “quite a challenge”