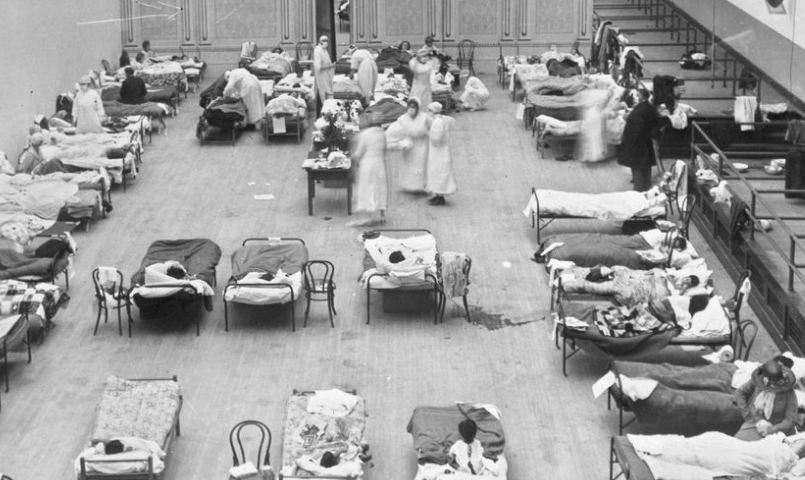 The Black Death that struck Europe in the 14th century forced a total reordering of society, permanently rewriting rules between landowners and workers, and between the church and the faithful.

The influenza pandemic that swept the globe after World War I, by contrast, left barely a blip on American society.

All eyes are now on the COVID-19 crisis, which could be as consequential as the Black Death, as fleeting as the 1918 flu or somewhere in between.

Politicians, futurists and others are wondering which experiments, small and big, will have staying power beyond the confines of the pandemic.

President Trump, a noted germophobe even before the outbreak, said the handshake greeting may become a practice of the past.

Architecture aficionados debate whether the rapid spread of the novel coronavirus will end the open office concept for the workplace.

The business world is getting an emergency test of the possibilities and limits of telework. Plenty of employees are beginning to realize that in-person meetings may not be as essential as bosses once insisted. Schools are pioneering new methods of distance learning.

The federal government is doling out massive payments to most Americans in what some activists hope is a test run for the universal basic income concept. Spain is testing such a system as part of its own response to the COVID-19 crisis.

Mr. Trump said the U.S. is realizing the dangers of globalization and must figure out ways to increase manufacturing in the U.S. and rely less on international supply chains.

Whether the world rethinks globalization depends on what analysts say about the frequency of recurrences, said Steven Johnson, author of “The Ghost Map,” a book about London’s cholera epidemic

Ramaphosa urges SA not to be alarmed at coronavirus rise