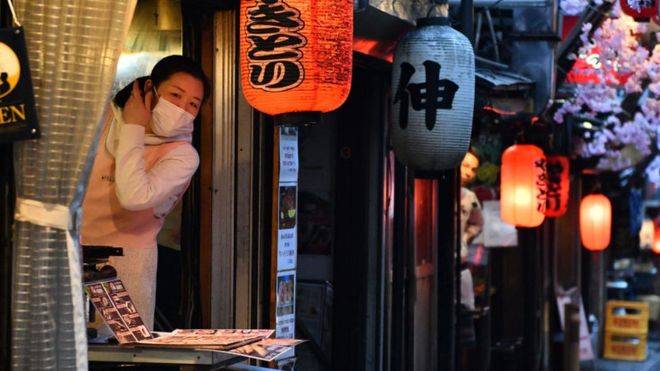 It was once seen as something of a success story – a city that worked to contain, trace and isolate the virus – leading to a huge drop in numbers. But Hokkaido is in the spotlight again as it struggles to deal with a second wave of infections.

In late February, Hokkaido became the first place in Japan to declare a state of emergency due to Covid-19.

Schools were closed, large-scale gatherings cancelled and people “encouraged” to stay at home. The local government pursued the virus with determination – aggressively tracing and isolating anyone who’d had contact with victims.

The policy worked and by mid-March the number of new cases had fallen back to one or two a day. On 19 March the state of emergency was lifted, and at the beginning of April, schools re-opened.

But now, just 26 days after the state of emergency was lifted, a new one has had to be imposed.

Almost a success story
In the last week, Hokkaido has recorded 135 new confirmed cases of Covid-19. Unlike the first outbreak in February, there is no evidence the virus has been re-imported from outside Japan.

None of the new cases are foreigners, nor have any of those infected travelled outside Japan in the last month.

What does this tell us about how the virus outbreak was handled in Hokkaido?

Firstly, if you get on top of it really early, you can get it under control.

“It is relatively easy to tackle clusters, to contact trace and isolate,” says Professor Kenji Shibuya of King’s College London.

“The authorities were quite successful in their cluster control approach. Japan was in the very early phase of the outbreak back then. It was localised and it was a success story.” 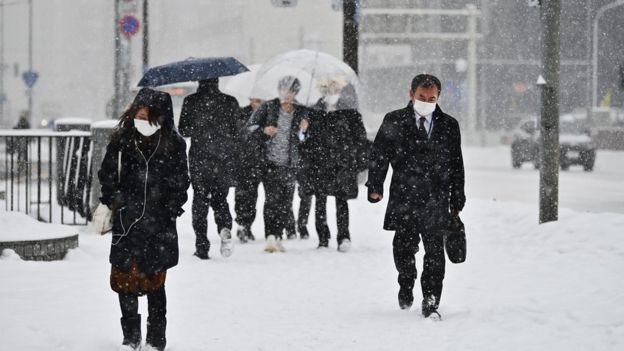 In this respect, Hokkaido has some similarity to what happened in the South Korean city of Daegu. There, a large outbreak in a religious cult was aggressively traced. Those infected were isolated and the outbreak was suppressed.

But the second lesson from Hokkaido is much less reassuring.

After the Daegu outbreak, the South Korean government began a massive testing program to try and track the epidemic. Japan has done the opposite.

Even now, more than three months after Japan recorded its first case, it is still only testing a tiny percentage of the population.

Initially, the government said it was because large-scale testing was a “waste of resources”. It’s now had to change its tune a bit and says it will ramp up testing – but several reasons appear to have slowed it down.

Firstly, Japan’s health ministry fears that hospitals will be overwhelmed by people who test positive – but only have minor symptoms. And on a wider scale, the testing is the responsibility of local health centres and not on a national government level.

Some of these local centres are simply not equipped with the staff or the equipment to deal with testing on a major scale. Local hotlines have been overwhelmed and even getting a referral from a doctor is a struggle.

The combination of these reasons mean authorities in Japan don’t have a clear idea of how the virus is moving through the population, says Prof Shibuya.

“We are in the middle of an explosive phase of the outbreak,” he said.

The long road ahead
The third lesson is that this “new reality” is going to go on a lot longer than most people expect.

Hokkaido has now had to re-impose the restrictions, though Japan’s version of a Covid-19 “lockdown” is a rather softer than those imposed elsewhere.

Most people are still going to work. Schools may be closed, but shops and even bars remain open.

But Japan has banned travel from the US and Europe and most countries in Asia – cutting off a city that is hugely dependent on tourism.

A friend who owns a bar in the city of Chitose has been forced to shut it down and lay off his staff. Further north in the city of Asahikawa, Naoki Tamura told us his bar is still open but there are now almost no customers

“One or two come by each night,” he says.

“There used to be many tourists from China and South East Asia. They are completely gone. We don’t hear any foreign language spoken on the street now. Smaller lodging places are having to shut down. Tourism businesses are really struggling.”

The new state of emergency is officially due to end on 6 May, the beginning of Japan’s “Golden Week” holiday. 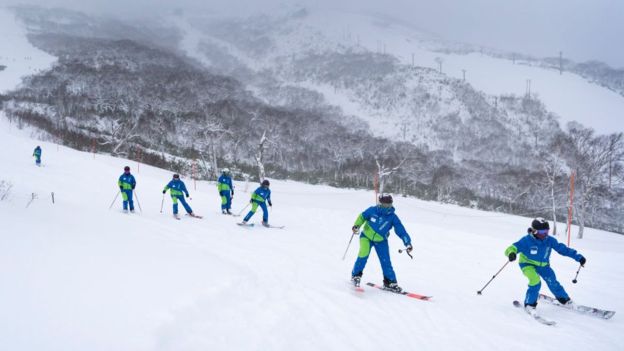 But one local government official told us they may now have to keep measures in place for much longer.

“We feel we have to keep on doing the same thing.” He said: “The goal is to minimise contact between people to stop the spread of the virus.”

So how long does that mean?

“Till we find a vaccine” he says. “We have to keep on trying to stop the expansion.”