Coronavirus model now projects 11,000 fewer deaths in the US by August 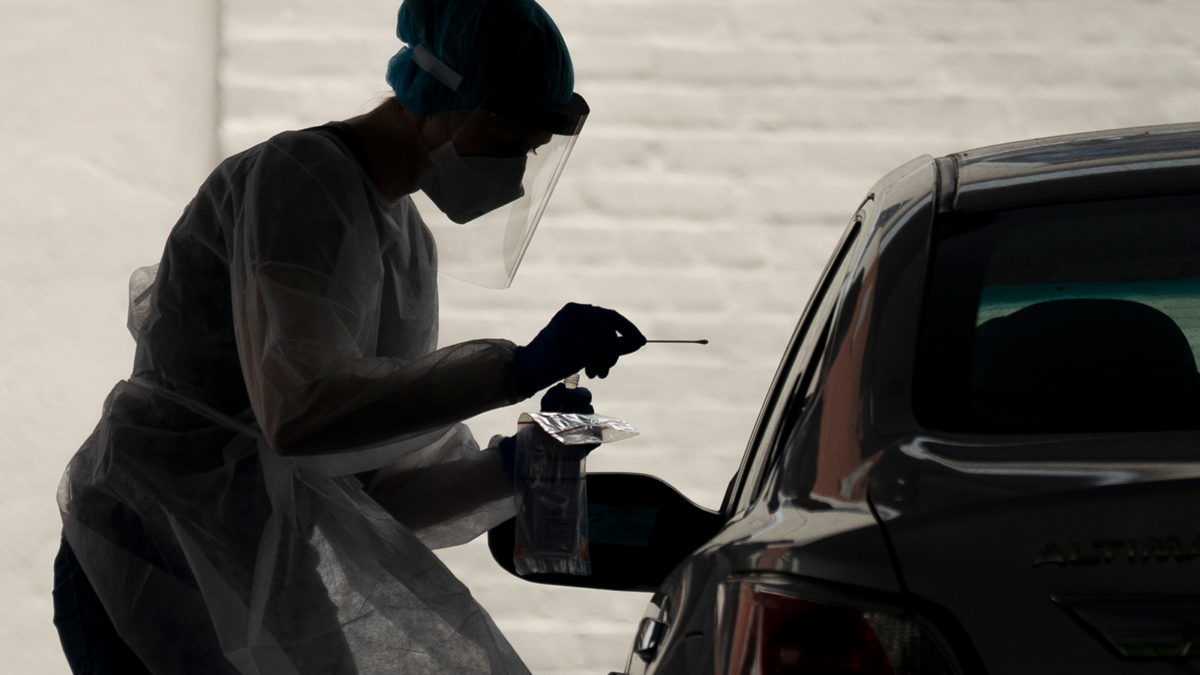 WASHINGTON, DC - MAY 26: A medical professional administers a coronavirus test at a drive-thru testing site run by George Washington University Hospital, May 26, 2020 in Washington, DC. Dr. Deborah Birx, the lead coordinator of the White House coronavirus task force, said on Friday that the District of Columbia and its suburbs have the highest rate in the country of people testing positive for the infection. (Photo by Drew Angerer/Getty Images)

A coronavirus model that has been cited by the White House now projects that fewer people will die in the United States by August.

Built by the Institute for Health Metrics and Evaluation at the University of Washington, the model is one of more than a dozen highlighted by the US Centers for Disease Control and Prevention on its website. An ensemble forecast from the CDC, which relies on multiple models, projects that US deaths will exceed 110,000 by June 13.

The White House cited the IHME model often in April, but it has been criticized by some for its assumptions and performance. The model has undergone a number of revisions in the past few weeks.

As states began reopening, IHME upped its forecast for the number of US deaths, based in part on cell phone mobility data that showed people moving around more. But the institute began revising its projections downwards last week, saying an expected increase in infections had not yet occurred.

Dr. Christopher Murray, the IHME director, said that might have been because of behavioral changes such as mask wearing. The institute has since described its plan for gathering data on how many Americans wear masks. It’s not clear what drove down the model’s projections on Tuesday, however.