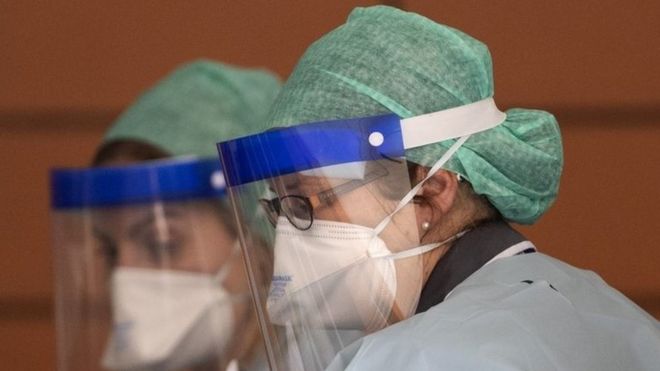 NHS staff still do not have the protective equipment they need to treat coronavirus patients, medics have said.

The British Medical Association (BMA) said doctors were putting their lives at risk by working without adequate protection.

It comes as the health secretary said 19 NHS workers had died with coronavirus since the outbreak began.

On Friday, Matt Hancock said there was enough kit for everyone and unveiled a plan for addressing shortages.

The UK recorded 980 hospital deaths on Thursday, bringing the total to 8,958.

That death toll, which does not include those who died in care homes or the community, has exceeded the worst daily figures seen in Italy and Spain – but according to England’s deputy chief medical officer, Jonathan Van-Tam, it is still “impossible to say we have peaked”.

Mr Hancock told the BBC the government was looking into how NHS staff who had died with the virus were infected.

However, he said it was important to note that some may have caught it outside of work.

“But that doesn’t take away from the bravery of every single NHS worker,” he said, adding that his “heart goes out” to those who have died and their families.

Mr Hancock said he was “particularly struck at the high proportion of people from minority ethnic backgrounds and people who have come to this country to work in the NHS who have died of coranavirus”.

“It is a testament to the fact that people who have come from all over the world have come and given their lives in service to the NHS and paid for that with their lives,” he said, adding that “we should recognise their enormous contribution”.

Supplies of personal protective equipment (PPE) in London and Yorkshire are at “dangerously low levels”, according to the BMA.

Dr Chaand Nagpaul, BMA council chair, said doctors were being forced into a corner and faced “heart-breaking decisions” over whether to carry on without proper protection.

He said: “This is an immensely difficult position to be in, but is ultimately down to the government’s chronic failure to supply us with the proper equipment.”

‘Precious resource’
The Royal College of Nursing (RCN) has dismissed any suggestion that healthcare staff have been overusing PPE.

“I take offence actually that we are saying that healthcare workers are abusing or overusing PPE,” she told BBC Breakfast, adding that nurses were still telling her they did not have adequate supply of protective equipment.

It comes after Mr Hancock warned on Friday that PPE should only where it was most needed.

He said 742 million pieces of protective gear had been delivered so far, saying: “There’s enough PPE to go around, but only if it’s used in line with our guidance. We need everyone to treat PPE like the precious resource that it is.”

Mr Hancock told the BBC he was not “impugning anyone who works for the NHS” and “they do an amazing job”.

“But what I am reiterating, stressing, is the importance to use the right amount of PPE,” he added.

Susan Masters, national director of nursing policy and practice at the Royal College of Nursing, said the amount of PPE being delivered would only be impressive “when nursing staff stop contacting me to say what they need to use wasn’t available”.

“The calls are still coming through – people are petrified. They have seen colleagues die already.” 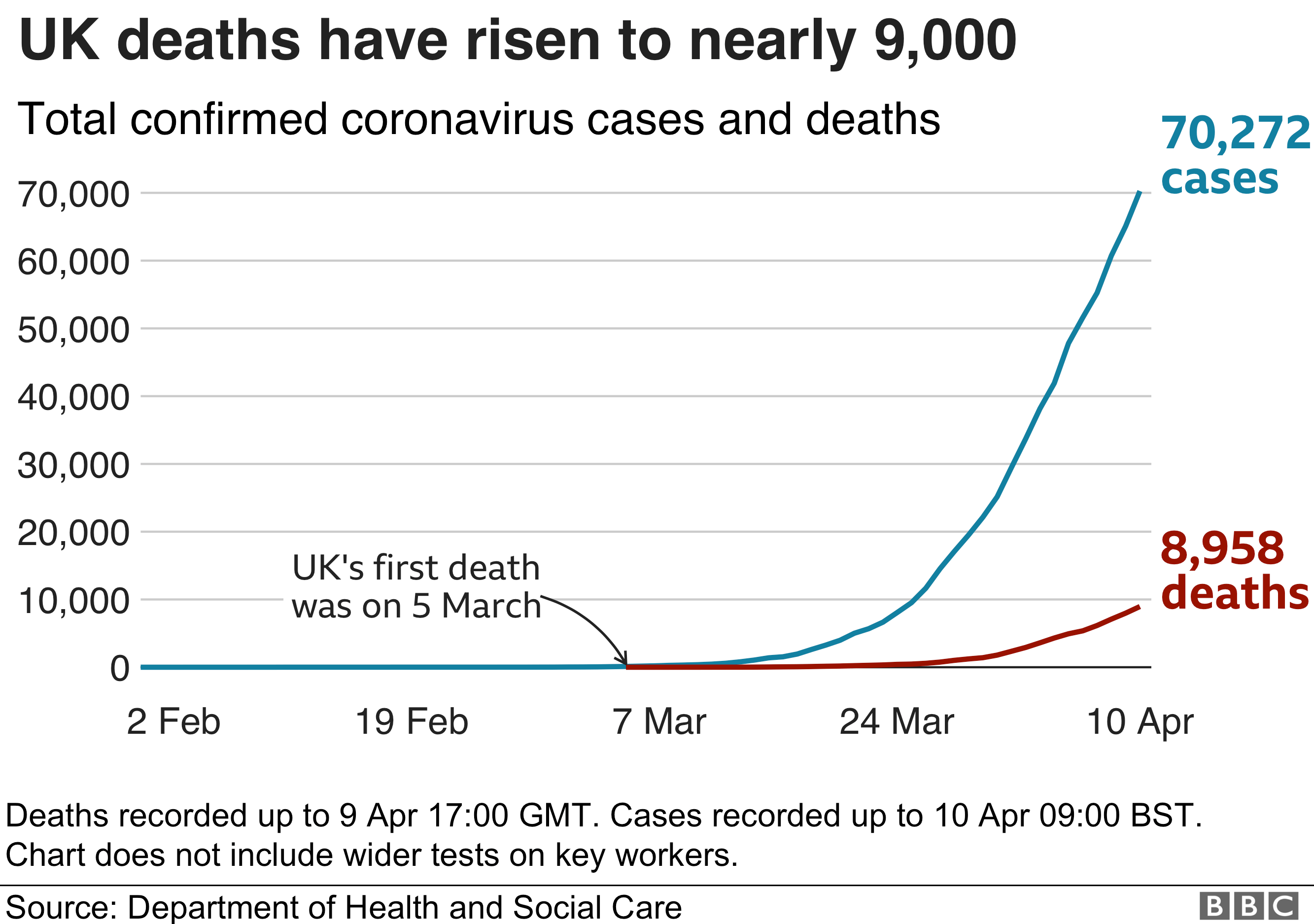 There is no hiding from the fact that the latest announcement of 980 new UK deaths has surpassed Italy and Spain’s worst days during this pandemic.

Italy’s highest daily death toll was 919 according to the latest figures; Spain’s 950.

While these two countries are now seeing daily death figures coming down, the UK’s have been closing in on 1,000 for several days – and the true death toll is likely to be higher once deaths not yet reported have been added in.

Yet the NHS has not been overwhelmed in the way that Italy’s hospitals appeared to be, particularly in the north.

The message is that the NHS has spare capacity and intensive care beds not yet used, thanks to planning and everyone’s efforts to stay at home.

There was even a plea from health officials that anyone with serious and worrying health problems of any kind should contact the NHS as usual.

The hope is now that the UK’s social distancing measures will have the same effect as Italy and Spain’s lockdowns, and deaths will start to fall – not just slow down – in the weeks to come.

Mr Hancock was also challenged about a report in Health Service Journal which said he had been failing to observe social distancing rules himself, holding regular video calls in his office surrounded by between 10 and 20 colleagues.

Mr Hancock insisted that he followed social distancing rules on the occasions when he had to go into the office.

The US has become the first country in the world to record more than 2,000 coronavirus deaths in a single day.
The former Liverpool player and manager Sir Kenny Dalglish has tested positive for coronavirus in hospital but is showing no symptoms, his family have announced
The BBC medical drama Holby City has donated fully working ventilators from its set at Elstree to be used in London’s new NHS Nightingale Hospital
A mum credited with popularising the trend of creating rainbows during lockdown has said she is “amazed” it has become a global phenomenon

How the spread of coronavirus is testing Africa