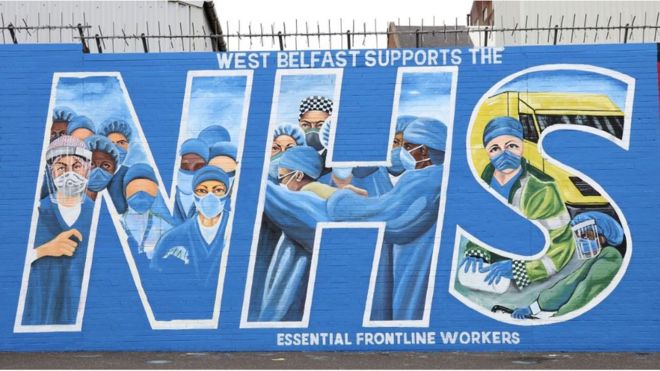 The number of Covid-19 related deaths in Northern Ireland has risen to 250, the health minister has said.

Eight more deaths occurred in the past 24 hours, with the remainder involving deaths from previous days that have now been recorded.

It means the death toll has risen by 34 from 216 fatalities reported on Tuesday.

Robin Swann said he had asked officials to investigate after figures on Sunday recorded only one more Covid-19 death.

Revised modelling has indicated NI could see 1,500 deaths in the first 20 weeks of the pandemic.

At the executive’s daily press conference, Mr Swann said he appreciated the overall number of deaths recorded by health trusts in NI was “significant”.

Rigorous testing programme
He said that due to the length of time it takes to register a death, that had led to the delay in some deaths being reported.

“It’s not that the deaths were never going to be reported, but it’s the timeline”.

“I appreciate that this latest total will cause some alarm, given the scale of the increase from yesterday,” said the health minister. 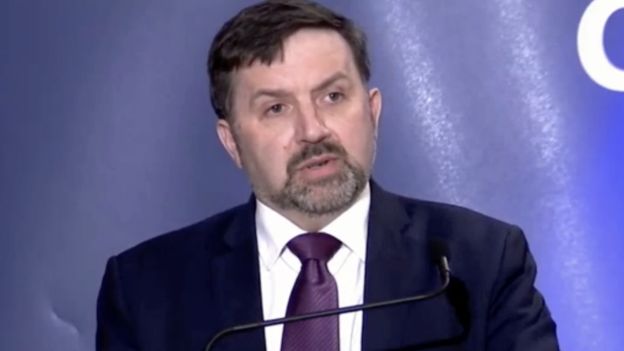 “These daily figures are compiled for surveillance purposes to help us track the virus and keep the public as informed as possible.”

Daily figures would always be subject to some degree of revision, as deaths are being officially registered at different times in busy hospitals, he added.

The minister confirmed that a rigorous programme of testing, tracing and tracking would now be implemented in Northern Ireland.

He said an expansion of testing would include:

Additional front-line health workers and their households
Private sector employees delivering key medical, food and energy supplies and utility services
Testing in care homes would also be increased, he said, while there would also be testing and surveillance in GP practices and emergency departments.

“We have never walked these paths before and, sadly, there will be more deaths in the days and weeks ahead,” Mr Swann told the press briefing.

‘Flattening of the curve’
He said there could not be a “quick fix” but, speaking cautiously, he did believe there had been an improvement in infection rates.

However, he warned that it was still too early for people to “drop their guard”.

Dr McBride added that the figures being reported currently were not a “full reflection” of the total number of deaths from Covid-19 in Northern Ireland.

“There will be excess deaths that will not be reported in the data where Covid-19 has been the cause of death yet,” he said.

It would be some weeks before those figures would become clear, added the chief medical officer.

A further 49 deaths related to Covid-19 have been recorded in the Republic of Ireland, bringing the country’s total to 769
More than 3,000 small businesses eligible for a Stormont grant are yet to submit an application
Two church leaders urge the executive to consider reopening cemeteries in NI – but parties are split on the issue
Translink is tweaking its weekend local bus services to cater for essential workers who need to travel at peak times
The head of the NI Civil Service has held talks with the group of chief executives who oversee the 11 councils, about different restrictions some councils have been relaxing
NI exams board CCEA will consult on how GCSE, AS and A-level results can be appealed in 2020

Virus will be with us a long time - WHO boss

Life after lockdown: How the coronavirus pandemic is changing the way Britain builds