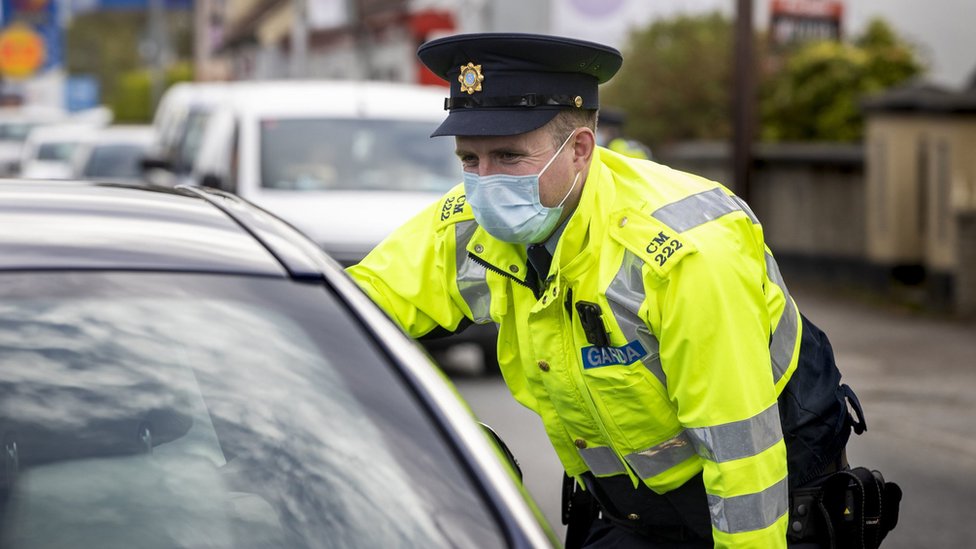 The Irish government is to move the country to the highest level of coronavirus restrictions, broadly similar to the spring lockdown.

Cabinet ministers have agreed to level five restrictions from midnight on Wednesday in a bid to combat the rise in cases.

The restrictions are to last for six weeks but will be reviewed after four.

Under the rules, people will only be able to exercise within 5km (3 miles) of their home.

The government has confirmed there will be a penalty for travel beyond that distance, with exemptions for essential work and essential purposes.

However, schools and creches will remain open and elite sport and construction will continue.

What are the new rules?

People are being asked to stay at home. Those who can work from home must do so

People will be able to meet up outdoors with one other household away from their home for the likes of exercise, within the 5km limit

No social or family gatherings are allowed in homes or gardens, but visits on compassionate grounds and for caring purposes can continue

Those living alone or parenting alone will be able to pair with another household as part of a “support bubble”.

Many non-essential shops and hairdressers will have to close

Up to 10 mourners can attend a funeral

Most manufacturing will remain open

In a televised address on Monday evening, Taoiseach (prime minister) Mícheál Martin said that despite having introduced what was probably “Europe’s strictest regime”, the current restrictions on their own had not been enough to significantly reduce levels of infection.

“2020 has been a hard year and we are not through it yet; families, individuals and front-line families have sacrificed so much,” he said.

However, he added that many people had done all that had been asked of them but some had not. 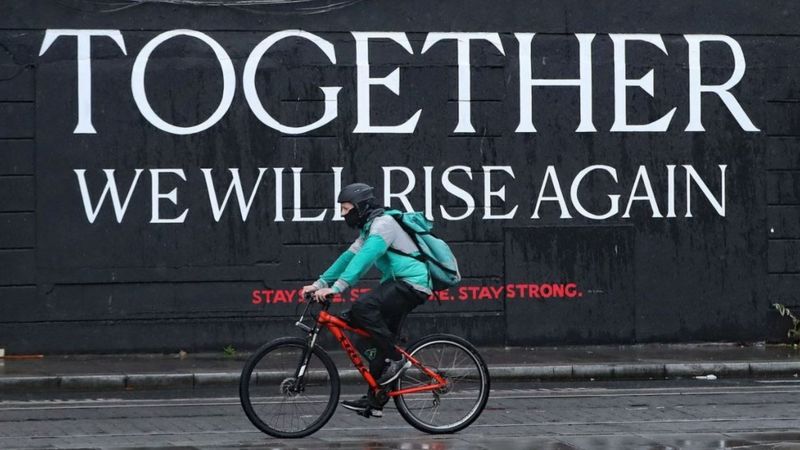 He said schools would remain open because “we cannot and will not allow our children and young people’s futures to be another victim of this disease”.

“I understand, and I feel very personally and profoundly, the sense of disappointment, the feelings of loneliness, perhaps even the despair that this announcement will bring for many,” he said.

“The days are getting shorter and colder but I ask you to remember this: even as the winter comes in, there is hope. And there is light.”

Mr Martin added that if everyone pulled together, the country would be able to celebrate Christmas “in a meaningful way”.

Harsh measures with a Christmas carrot
Although Ireland has recorded its record highest number of daily cases over the last few weeks, it’s still lower than many countries in Europe.

Hospitalisations have been rising, but they’re not at the level seen earlier in the year and again while deaths are slowly rising, they’re nowhere near what they were at the peak.

The government is trying to stave off a worsening situation.

The thinking is – put in place these measures now until the end of November and then the reward that’s being held up is that if people stick to the restrictions, then maybe they can have a more normal Christmas than would previously have been possible.

The government thinks there could be more than 200,000 job losses as a result of these restrictions – that’s a lot in a country of close to five million people.

But they think if they can get the country opened up in December, that will make a major difference in terms of getting the country back on its feet again economically.

2px presentational grey line
The taoiseach said there would be advanced financial measures supporting businesses and individuals, as well as measures to support mental health.

The top rate of €350 (£318) a week for the Pandemic Unemployment Payment will be restored, with a sliding scale of payments depending on a person’s pre-pandemic income.

On Monday, the Irish Department of Health reported no further coronavirus-related deaths, with the total remaining at 1,852.

The number of confirmed cases of Covid-19 in hospitals has risen to 298 in the last 24 hours.

The move to level five follows a recommendation from the country’s Public Health Emergency Team. 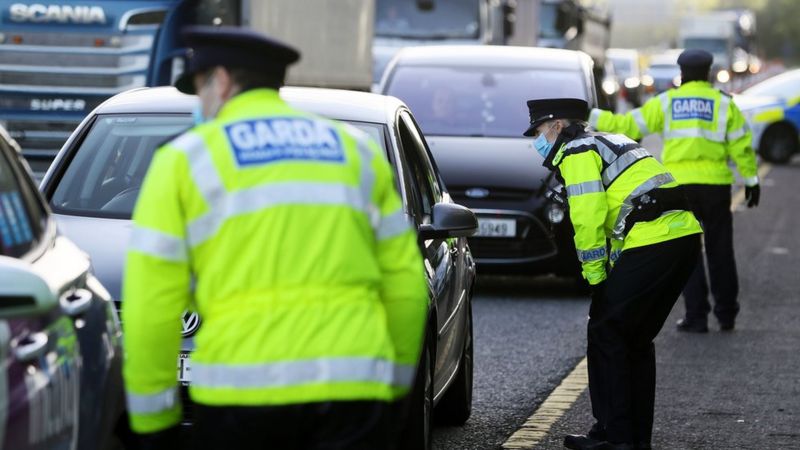 Ministers rejected a similar recommendation less than a fortnight ago.

The Irish government published its five-stage plan for “living with Covid-19” in mid-September, which ranges from relaxed measures at level one to the most severe restrictions at level five.

At the time, the government said it was moving from a short-term emergency response to the pandemic to a medium-term approach which involved “managing risk” posed by the disease and repairing the damage it had inflicted on society.

Currently, most of the country is at the mid-way point on level three.

However, people in the border counties of Cavan, Donegal and Monaghan have been living with level four restrictions since Thursday.

This included closing gyms, pools and leisure centres, and non-essential retail and limiting weddings to six.

School are closed for the next two weeks, effectively an extra week at half term.

Pubs, restaurants and cafes have closed their doors to sit-in customers, while hair and beauty salons have also had to shut, gyms face additional measures and driving instructors have been taken off the road.

Coronavirus cases near 2M worldwide as testing efforts ramp up