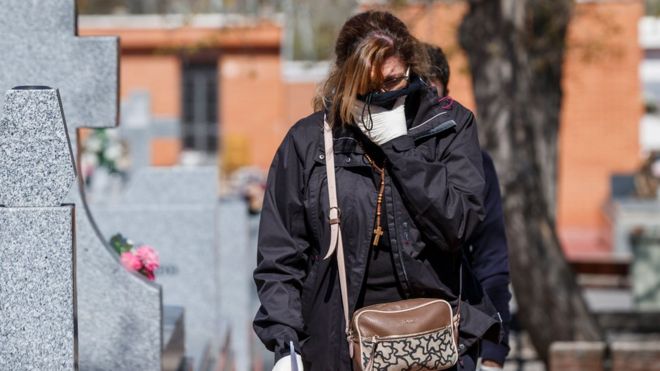 Spain has recorded another 864 deaths related to coronavirus, the highest in one day, as the total number of deaths across Europe has gone beyond 30,000.

More than 9,000 people have died in Spain, which is second only to Italy in fatalities caused by the virus.

Confirmed cases in the country have passed 100,000, but numbers show the infection rate continues to fall.

The warning comes amid dire predictions about the possible economic impact of measures imposed to fight the virus. A UN report estimates that up to 25 million jobs could be lost around the world as the result of the outbreak.

The number of confirmed cases around the world is now over 870,000, with more than 43,000 deaths, according to data compiled by Johns Hopkins University in the US.

Wednesday’s number of deaths in Spain was marginally higher than the 849 announced the day before, and the country has now seen more than 800 deaths for five days in a row. But health officials believe the latest 12% increase in daily infections is further evidence that the rate has stabilised.

Spain has been in lockdown for over two weeks, with further restrictions on movement introduced two days ago. But health services in the hardest-hit areas, including Madrid and Catalonia, are still struggling, with shortages of medical equipment a particular problem. 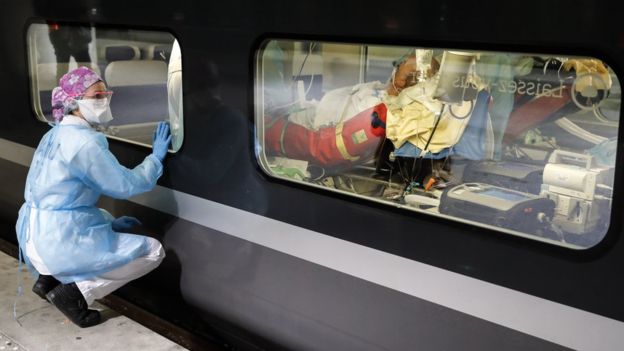 The number of fatalities in the US has now topped 4,000, and Iran says Covid-19 – the disease caused by coronavirus – has claimed 3,000 lives. Belgium said more than half its intensive care beds were occupied as it reported a rise of 123 deaths, bringing the country’s death toll to 828.

Meanwhile the Nato military alliance said it remained in “a state of operational readiness” to defend the borders of its members despite the pandemic, although it had cancelled a number of exercises to prevent the spread of infection.