Home > News > World > Coronavirus: Stories of unemployment, fear and hope in the US 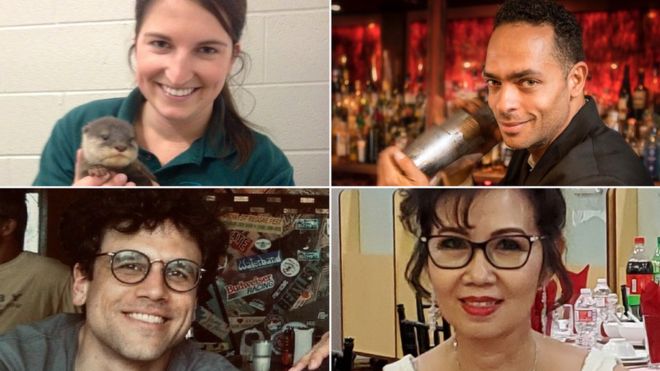 Every Thursday morning, the US receives a fresh jolt of economic gloom when the jobless figures are released. These are the stories and faces behind the numbers and headlines.

The coronavirus outbreak has had a devastating effect on the US economy.

More than 20 million Americans filed for unemployment in the last five weeks, while a $349bn loan programme for small businesses ran out of money within two weeks.

The statistics are staggering – but there’s a human story behind each of the numbers, too.

Here are the stories of some of the Americans who’ve found themselves unexpectedly affected by the pandemic. 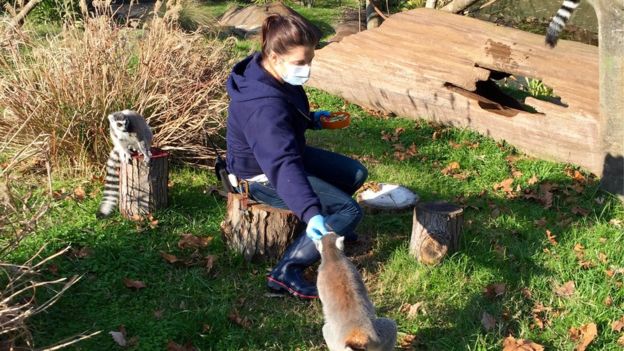 I was a primate keeper at Brookfield Zoo. The field is super competitive – you need a four-year based science degree, and typically you have to do at least three unpaid internships before you get a paid position – but it’s definitely worth it.

It’s the first time I’ve been laid off. It came as a shock – zookeeping is generally considered a secure job once you’re in, and our supervisors had told us that keepers were essential workers as the animals still needed day to day care. I was furloughed since I was the least senior person.

My husband was furloughed two weeks before me – he’s in the restaurant industry.

It’s stressful – luckily we got our stimulus cheques, so that helps. Now I need to decide “what bills can I pay and what should I try to put off? Should I pay off my student loans?”

It’s stressful to know I may never go back to the zoo again. I worry my position may be cut completely. 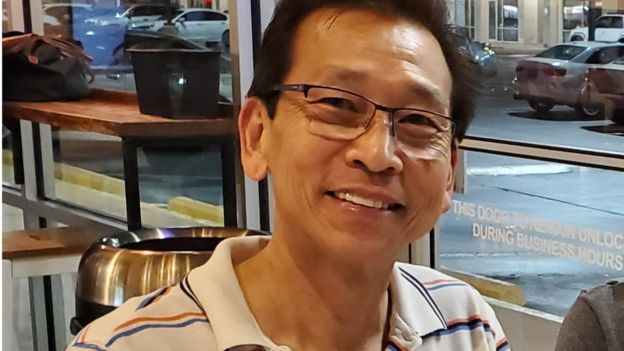 I worked for Westside Lexus car dealership, doing maintenance, repairs and replacing parts, for 11 years. We were furloughed in April, and the hair salon my wife owns is shut too.

This is the first time in my life in America that I’ve had no job. I’ve been an auto technician for over 30 years. Two weeks ago, my manager texted me to make sure I was doing OK, which made me feel better – it showed he still remembered us!

It was hard applying for unemployment – the system kept logging out, and it took me several days to input all the information. I finally received my first payment a few days ago.

We don’t really have enough right now – previously, we had another salon, and then Hurricane Harvey destroyed the area, so we lost a lot of money. But, praise the Lord, we still have peace.

Now, I help my wife clean the house, and we’re trying to make cotton masks to donate to the local hospital. My wife and I both have asthma, so we’re doing it slowly.

Diana Chen (married to Stanley), hair salon owner, 57, Houston, Texas
I’ve owned the salon for over 25 years, and we’ve never had to close in such a way before.

Business got really slow the week before we closed – normally we’d have 30-50 customers a day, but by then we only had five a day. It’s so scary. 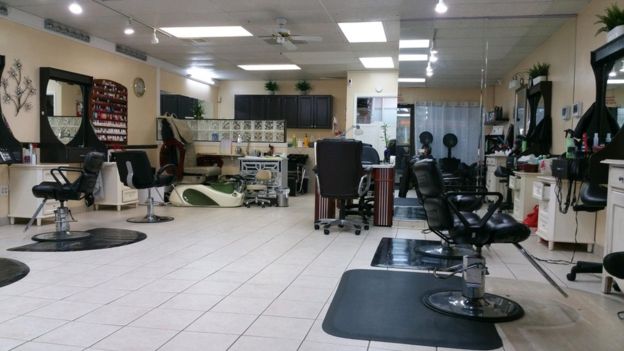 I still have to pay rent for the salon – so things are very tight. My husband and I got our stimulus cheques last week and it helped a little bit with the bills.

We’re waiting for retail businesses to re-open, but it’s complicated because we can’t keep a six-feet distance from clients. We’ll need to wear a mask or face shield, limit the number of clients inside, and sanitise after each client. I think things won’t be the same, even after restrictions are lifted. 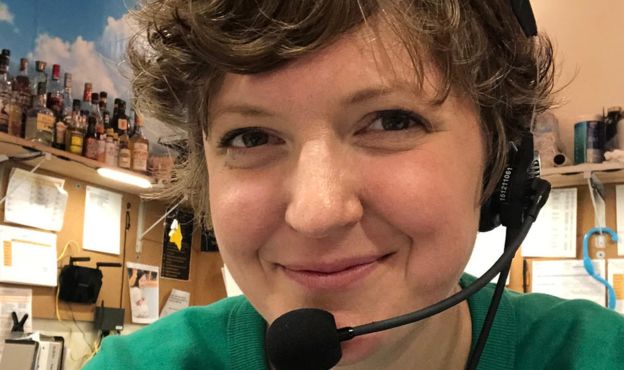 I loved my job – it was my responsibility to maintain the artistic integrity of the show, and it’s a challenging and beautiful show.

On 12 March, we were told all Broadway shows would close for 30 days. At the time, a shut down of 30 days just seemed unfathomable. Right now I’m trying to work on a side hustle – teaching myself Photoshop and doing some online work.

Working in theatre means being laid off is not a foreign concept – but normally, if you lose a job, you can get on another project. This is different – there won’t be work for a long time, especially for new projects. Even if we do a show at half-capacity, who knows how long it’ll be till tourists come back, and people have disposable income for the theatre?

I’m lucky that my show is big – but I know so many productions that won’t be able to weather this, and it’s heart-breaking. 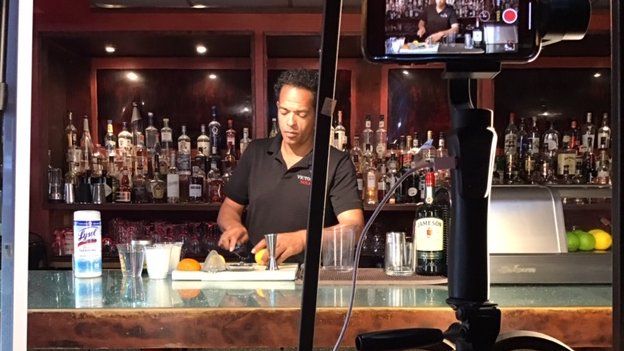 The outbreak totally shut me down. At first we thought maybe we could make batch cocktails and sell them prepackaged, but the state said we couldn’t.

For now, I run a weekly online cocktail school to try and create a bit of tip money for the bar staff. We made a few hundred dollars – not enough to live on, but it’s something.

I just don’t see how we’ll be able to recover – in downtown New Orleans we depend on tourists. I’m scared I’m going to become another mom-and-pop shop that’s closed down.

I live simply, but I have two kids, so it’s difficult – I haven’t had a pay cheque in a month and a half. I applied for the stimulus cheque but it hasn’t hit my account – I’m not sure why. Once it arrives, I’ll be spending it on surviving – stuff for the kids, gas for the car, and rent. 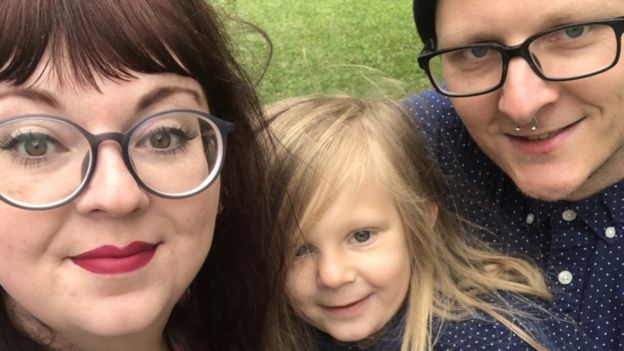 April is normally the busiest month of the year for the shop, Spitfire Coffee, because of all the festivals. Margins in coffee aren’t amazing, and losing your busiest time of year, while heading into the slowest time of year, is pretty frightening.

My wife and I have started claiming unemployment, but we haven’t received our federal stimulus cheque yet – they used our 2018 tax information, so the cheque went to a bank account that’s closed. There’s nowhere online, or anywhere to call, where we can give them the correct information.

We have about $300 in savings – but if we had to touch it, it would go really quickly.

My wife and I have been talking about the “millennial curse”, where everything you’re working for is always just out of grasp. My son is four – how do you explain to him that the world we were teaching him to survive in is already changed? We’re trying to capitalise on spending quality time with him for now. 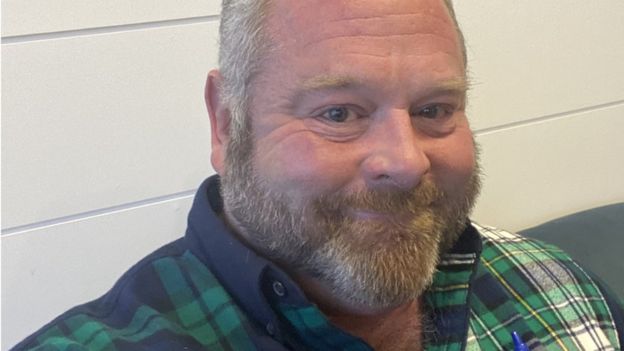 I resigned from a house building company in early January to go it on my own as an estate agent. I’d set aside about six months of savings – but it takes time to build up your own businesses – and then the outbreak hit. It definitely wasn’t the best timing.

People aren’t looking at houses right now. Two people I was working with got laid off, so they can’t move forward. I was also working with some cash investors, but they now want to wait till the crisis is over.

Ordinarily I wouldn’t qualify for unemployment – but they passed the Cares Act which helps the self-employed. I’ve applied, but I’ve not received any money or my $1,200 stimulus cheque yet. The phone lines are often busy when you call to get an update.

It’s very frustrating, because you have no control, and no information. You already have so much anxiety about Covid-19, you know the economy’s falling apart, and I don’t have much left in savings – maybe about a month left. 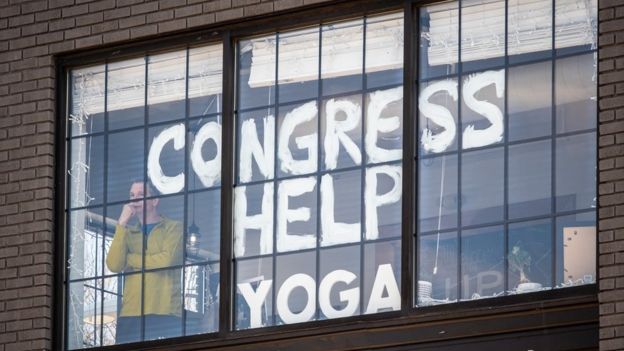 Our business has come to a complete halt, apart from maybe 5% of our revenue, from Zoom business.

We’ve been open for three years – and we never missed a rent payment until this month, when we missed rent by $1,000. We’re kind of watching our dreams and all our hard work fade away – now we’re just burning through our savings.

We’re offering online lessons – but some of our instructors have rudimentary cameras that don’t work well. I’m trying to order a bunch of HD cameras for them.

I think yoga students will be nervous even when things reopen. We’ll need to keep a six-feet distance between every student, which will cut our ability to generate revenue significantly. 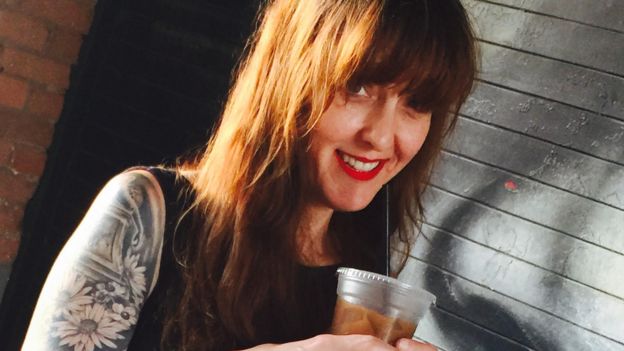 My job was super fun – our theatre had a capacity of 700 and we sold out most weekends. I liked meeting different people – I didn’t realise how much of my social interaction was based on my job until I was stuck at home.

On 13 March we were told we’d be closed indefinitely.

I wasn’t really shocked – I was laid off after 9/11, and after the 2008 financial crisis. I used to work as an events planner, but turned to bartending after losing my job, and decided to stay because I thought it was reliable and would never go away. Turns out nothing’s invincible!

I’m OK for now – the unemployment benefit, and the extra $600 per week they’re giving us has been helping tremendously. I’m cooking a lot more, nesting in my apartment, cleaning and painting. 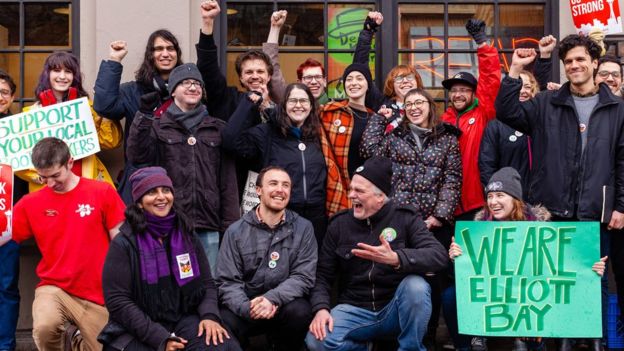 We’ve been temporarily laid off – and it was extended along with the state’s stay-at-home order, so we’re essentially floating in purgatory in terms of our job status.

We unionised just before the crisis hit, and the owner recognised us right away – so we negotiated some Covid-19 agreements, including 12 additional sick days and a week’s severance pay.

We’re waiting with bated breath to see when we’ll be rehired – we’re all hoping for the best and trying to look out for each other in the meantime.

If people want to help independent bookshops – the store is still taking internet orders. We also have a new poetry subscription box. 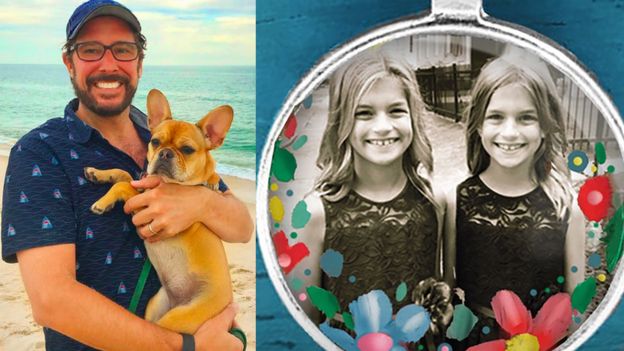 Our company tried working from home – but a lot of our work depends on seeing physical garments. We managed to keep that going for a week, but then all the stores started cancelling orders.

Filing for unemployment was smooth for me, because I was already in the system. The fashion industry has been up and down since 2008, so I’ve claimed unemployment before. Much of the benefits will go towards paying for health insurance for me and my wife.

I think being unemployed in a normal job market is freaky enough, so it’s got to be really scary for people unemployed for the first time. It’s important to stay positive – you WILL get another job. Or, start your own thing – my wife and I have started a side business making charms.

I’ve expanded my job search to include everything now, not just fashion – because I just don’t know what the industry will look like on the other side of this.