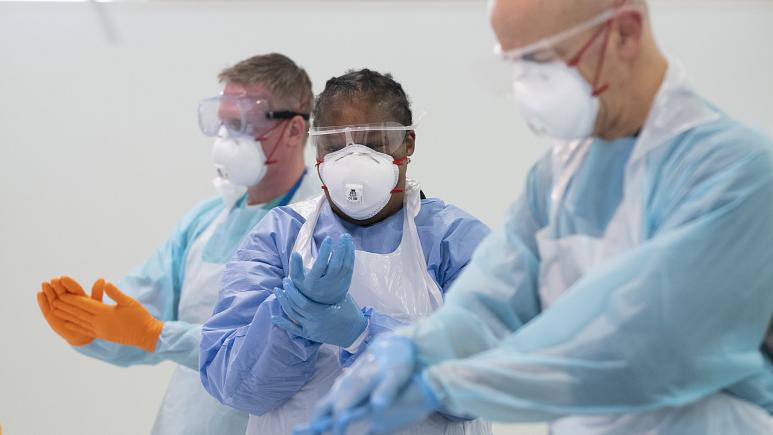 Many frontline doctors treating coronavirus patients in the UK are suffering from a shortage of basic protective equipment, according to research by the British Medical Association (BMA).

Meanwhile, the body representing hospital trusts in England, NHS Providers, has warned that the supply of clinical gowns was “critical” and that some would “run out of fully fluid repellent gowns this weekend”.

The warnings came as the number of UK hospital deaths amid the pandemic rose above 15,000 on Saturday, according to latest government figures. Another 888 people died over the past 24-hour period.

A BMA survey published on Saturday said that supplies are failing to get through to hospitals in Britain’s National Health Service (NHS), even though many factories are ready to make them.

The research found that half of 6,000 respondents working in high-risk areas reported shortages of disposable gowns and goggles. Two-thirds reported insufficient or no eye protection.

Nearly half said they felt pressure to work without adequate protection.

“Two months into the COVID-19 crisis in Britain, we shouldn’t still be hearing that doctors feel unprotected when they go to work,’ said BMA council chair Chaand Nagpaul. 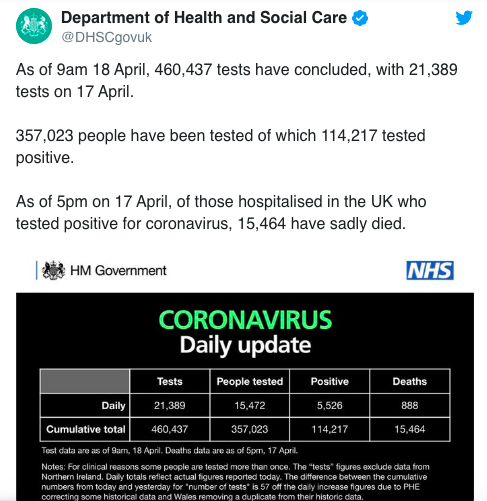 ‘Truly sorry state of affairs’
The British health minister Matt Hancock has admitted problems with supply of protective gowns, adding that 55,000 were due to be delivered on Friday.

Official guidance has been altered, with medical staff advised they may need to re-use equipment even though the gear is designed to be thrown away.

The British Medical Association says it has been contacted by more than 70 private companies offering to provide equipment to the NHS, but were struggling to engage with official channels.

“This is a truly sorry state of affairs, and we renew our call for the Government to work with manufacturers to ramp up domestic supply,” Chaand Nagpaul said. “Too many doctors and healthcare staff have already lost their lives. We cannot afford to risk losing any more.”

Struggle to increase testing
UK Business Secretary Alok Sharma on Friday said the government was working hard to reach its deadline of ensuring that 100,000 people a day will be tested for the new coronavirus by the end of April.

Speaking at a briefing in London, Sharma said that the current daily testing capacity was at 38,000 tests. But he stressed that the number would go up over the next two weeks.

An international health specialist, Anthony Costello of University College London (UCL), has warned that “new waves” of the virus could strike the UK, resulting in as many as 40,000 deaths. The government has been “too slow” to react, he said.

What you need to know about coronavirus this Sunday