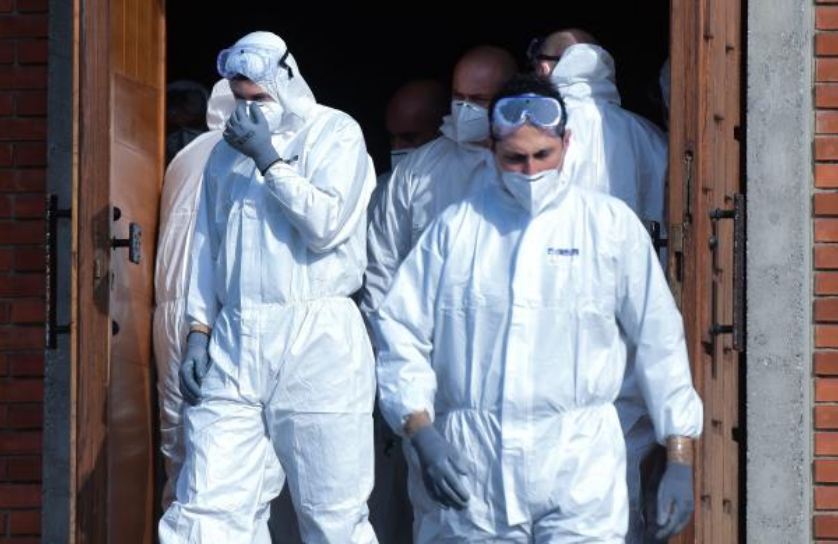 There are now more than 112,000 confirmed COVID-19 cases in the United States and over 620,000 worldwide, according to Johns Hopkins University. President Trump on Friday signed a massive $2 trillion stimulus package for American workers and businesses in response to the crisis.

States across the nation are seeing a surge in cases, and things are expected to get worse. New York could be just weeks away from reaching its peak in hospitalizations, and California Governor Gavin Newsom said his state’s cases grew 26% in one day, even with 65,000 test results pending.

“We are now seeing the spike that we were anticipating,” Newsom said Friday as he stood in front of Mercy, a 1,000-bed Navy hospital ship that arrived in the Port of Los Angeles.

Louisiana Governor John Bel Edwards warned this week that if his state doesn’t start flattening its curve, New Orleans could run out of key medical supplies by early April.

Americans “primed for misinformation” during pandemic, journalist warns
Many American residents under stay-at-home or shelter-in-place orders are turning to social media more often than they normally would to stay connected and keep up with the latest news coming from sources trying to contain the coronavirus pandemic. However, the increased time online also means more chances to stumble across misinformation which, in the case of the coronavirus, could be deadly.

“We’re absolutely primed for misinformation,” said Wired editor-in-chief Nick Thompson during an interview with “CBS This Morning: Saturday.” He explained that the current flow of misinformation seems “magnified” compared to similar panics of the past “because we’re so worried and so looking for anything that will help, any sign of a cure or anything we can tweet about.