Home > News > World > Coronavirus vaccine: When will we have one? 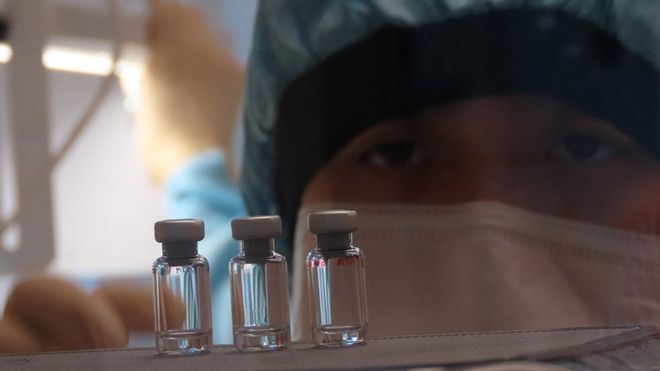 Coronavirus is spreading around the world, but there are still no vaccines to protect the body against the disease it causes, Covid-19.

Medical researchers are working hard to change that.

Why is a coronavirus vaccine important?
The virus spreads easily and the majority of the world’s population is still vulnerable to it. A vaccine would provide some protection by training people’s immune systems to fight the virus so they should not become sick.

This would allow lockdowns to be lifted more safely, and social distancing to be relaxed.

What sort of progress is being made?
Research is happening at breakneck speed. About 80 groups around the world are researching vaccines and some are now entering clinical trials.

The first human trial for a vaccine was announced last month by scientists in Seattle. Unusually, they are skipping any animal research to test its safety or effectiveness
Pharmaceutical giants Sanofi and GSK have teamed up to develop a vaccine
Australian scientists have begun injecting ferrets with two potential vaccines. It is the first comprehensive pre-clinical trial involving animals, and the researchers hope to test humans by the end of April
University of Oxford researchers are aiming to have a million doses of a vaccine by September, and are starting human trials
However, no-one know how effective any of these vaccines will be.

When will we have a coronavirus vaccine?
A vaccine would normally take years, if not decades, to develop. Researchers hope to achieve the same amount of work in only a few months.

Most experts think a vaccine is likely to become available by mid-2021, about 12-18 months after the new virus, known officially as Sars-CoV-2, first emerged.

That would be a huge scientific feat and there are no guarantees it will work.

Four coronaviruses already circulate in human beings. They cause common cold symptoms and we don’t have vaccines for any of them.

What still needs to be done?
Multiple research groups have designed potential vaccines, however, there is much more work to do.

Trials need to show the vaccine is safe. It would not be useful if it caused more problems than the disease
Clinical trials will also need to show the vaccine provokes an immune response which would protect people from getting sick
A way of producing the vaccine on a huge scale must be developed for the billions of potential doses
Medicines regulators must approve it before it can be given
Finally there will be the huge logistical challenge of actually inoculating most of the world’s population
Lockdowns could make this process slower. If fewer people are infected, it will take longer to know whether a vaccine actually works.

The idea of giving people the vaccine and then deliberately infecting them (known as a challenge study) would give quicker answers, but is seen as too dangerous while there is no known treatment.

How many people need to be vaccinated?
It is hard to know without knowing how effective the vaccine is going to be.

It is thought that 60-70% of people needed to be immune to the virus in order to stop it spreading easily (known as herd immunity).

But that would be billions of people around the world if the vaccine worked perfectly.

How do you create a vaccine?
Vaccines harmlessly show viruses or bacteria (or even small parts of them) to the immune system. The body’s defences recognise them as an invader and learn how to fight them.

Then if the body is ever exposed for real, it already knows what to do.

The main method of vaccination for decades has been to use the original virus.

The measles, mumps and rubella (MMR) vaccine is made by using weakened viruses that cannot cause a full-blown infection. The seasonal flu jab takes the main strains of flu doing the rounds and completely disables them. 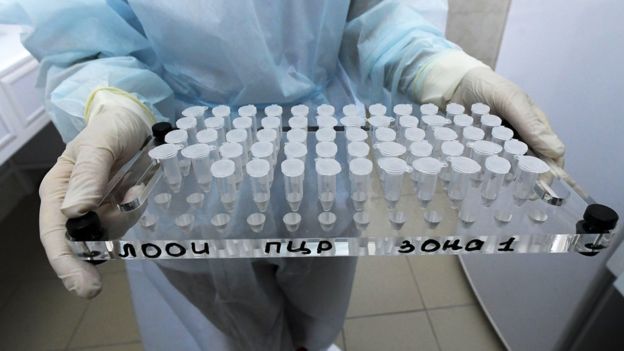 The work on a new coronavirus vaccine is using newer, and less tested, approaches called “plug and play” vaccines. Because we know the genetic code of the new coronavirus, Sars-CoV-2, we have the complete blueprint for building it.

Researchers in Oxford have put small sections of its genetic code into a harmless virus that infects chimpanzees. They hope they have developed a safe virus that looks enough like the coronavirus to produce an immune response.

Other groups are using pieces of raw genetic code (either DNA or RNA depending on the approach) which, once injected into the body, should start producing bits of viral proteins which the immune system again can learn to fight.

Would a vaccine protect people of all ages?
It will, almost inevitably, be less successful in older people, because aged immune systems do not respond as well to immunisation. We see this with the annual flu jab.

It may be possible to overcome this by either giving multiple doses or giving it alongside a chemical (called an adjuvant) that gives the immune system a boost.

Who would get a vaccine?
If a vaccine is developed, then there will be a limited supply, at least initially, so it will be important to prioritise.

Healthcare workers who come into contact with Covid-19 patients would top the list. The disease is most deadly in older people so they would be a priority if the vaccine was effective in this age group.

However, it might be better to vaccinate those who live with or care for the elderly instead.