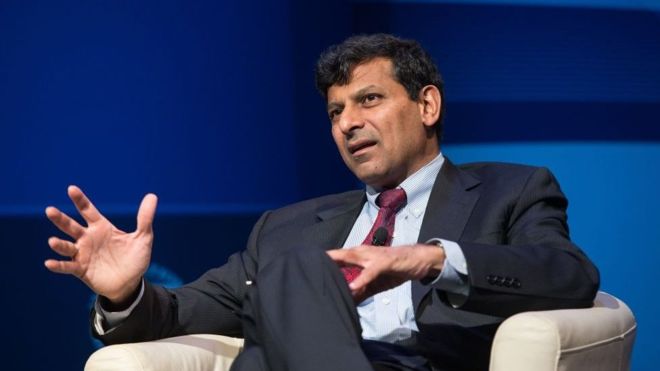 The coronavirus was “taken a little more lightly” by western economies compared to those in Asia, says a former IMF chief economist.

Raghuram Rajan said western economies are facing a drop in growth by as much as 6 percentage points this year.

The widespread closure of businesses is having a huge financial impact as governments prevent the virus spread.

His comments come as the IMF warns the global economy faces its worst crisis since the 1930s depression.

“I think in the west, partly because there hadn’t been a direct experience of a serious epidemic, it was taken a little more lightly,” Mr Rajan told Karishma Vaswani for the BBC’s Asia Business Report.

“This is something happening in faraway lands, it’s not going to be serious here.

“It’s all too easy to point fingers after the fact but what I’m saying is that the countries in East Asia that had the experience of previous pandemics, which didn’t quite rise to the level of pandemics I should say… but previous epidemics, they took this seriously right from the get-go.”

For his native India, he warned that it had “limited tools” given how densely populated the country is.

His said it was necessary to send the message to people to take this pandemic seriously.

“This is not fun and games, this is really about life and death, and if it really explodes in India, we really don’t have the resources to deal with that.”

The economist, who is a finance professor at the University of Chicago Booth School of Business, gave a bleak forecast for western economies as he expects them to shift from expansion to contraction.

“Each country is going to lose 5 to 6 percentage points of GDP at the very least over this year. So cumulate that, that’s significantly more than $2 trillion”.

To get through the crisis, Mr Rajan wants to see economies working together to share resources rather than being protectionist.

“We saw countries hijacking each other’s medical supplies, we saw countries banning the export of precious medicine. These are things which make everyone worse off.”

Coronavirus: Should the world worry about Singapore's virus surge?