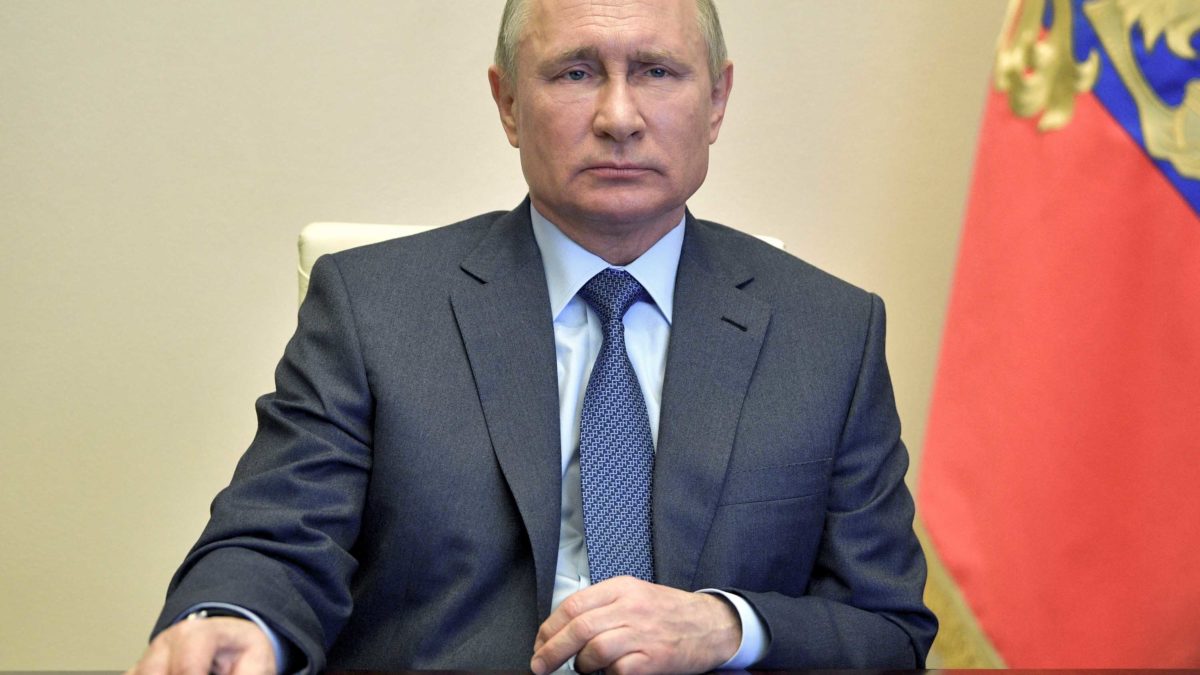 Russian President Vladimir Putin during a video conference at the Novo-Ogaryovo residence outside Moscow, Russia, Monday, April 20, 2020. Putin says Russia has slowed the outbreak of the coronavirus but warns the nation has yet to see the peak of infections. Putin conferred with top medical officials in a Monday call and said the government would only move to ease a partial economic shutdown if medical experts rule it safe. (Alexei Druzhinin, Sputnik, Kremlin Pool Photo via AP)

The peak of Russia’s coronavirus outbreak still lies ahead as more and more cases are reported in across the country, Russia President Vladimir Putin said in a videoconference with specialists on Monday.

“The spread of the epidemic, unfortunately, continues,” Putin said in a televised conference. “The number of citizens infected with coronavirus is growing, and not only in Moscow, which was the first to face the threat.”

Putin initially said that early action had contained the spread of coronavirus. But the Russian government’s official assessments have since been more pessimistic.

Moscow and its region still account for the majority of coronavirus cases, but the country’s regions are lagging two to three weeks behind, Deputy Prime Minister Tatyana Golikova said at the meeting.

“According to experts — that is, you and your colleagues — the peak of the incidence rate is yet to come,” Putin said. “And now we need to do everything to smooth out this peak, to shorten the transit time through the so-called plateau, when the largest number of new infections is recorded.”