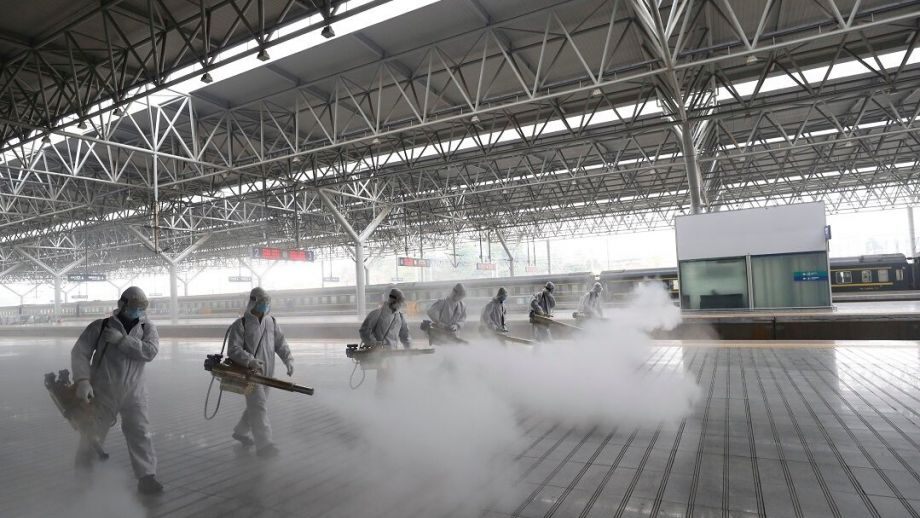 A county in central China has reportedly gone into a mid-sized lockdown amid fears of a second coronavirus wave as Beijing is trying to emerge from the deadly outbreak and revive its economy.

Roughly 600,000 residents near the city of Pingdingshan in Jia County were told to stay home as curfew measures went into effect Tuesday. The county is located in the Henan province, some 500 miles south of Beijing and just north of the Hubei province where the pandemic originated in December 2019.

A notice on the county microblog account said special permits are needed to leave home and residents must have their temperature taken and are required to wear face masks, the South China Morning Post reported.

In addition, only people with special permits can travel to work and cars are allowed to be driven on alternate days, defined by the license plate number.

“It’s better not to come to Jia county now,” an unnamed official with the county’s transport office told the newspaper. “Nobody can enter or leave.”

Businesses in the area have been shut down, aside from utilities, medical suppliers, logistics companies and food processors. Local resident Wang Xiao, 23, told the news outlet that she was informed about the measures by her village on Tuesday.

She said residents were urged by authorities to stock up on daily necessities and that each family could assign one person to visit the grocery store once every two days.

“I’m worried because it’s so close to me,” she said of reports that the county confirmed three new coronavirus cases on Sunday. “The hospital is only about 1.2 miles from my home. I had no idea that there were confirmed cases [of infection].”

The lockdown comes as China reports a decline in COVID-19 cases. Authorities imposed strict measures in Wuhan, where the first cases were reported and the initial epicenter of the pandemic, and other cities in the first weeks of the outbreak.

Millions were sealed off in an effort to contain the virus and whole cities were completely shut down as part of containment efforts.

Beijing has taken heat over accusations that it misled the world by purposefully underreporting the number of patients and deaths from the virus.

In a classified report to the White House, three U.S. intelligence officials said this week that China’s public records of coronavirus cases were incomplete and deceptive.

A United Nations report released Wednesday praised China for sharing the genetic sequence of COVID-19 but failed to highlight that it didn’t report the first confirmed case until it was forced to and that officials knew about the virus two months before.

This could be Trump’s worst mistake ever