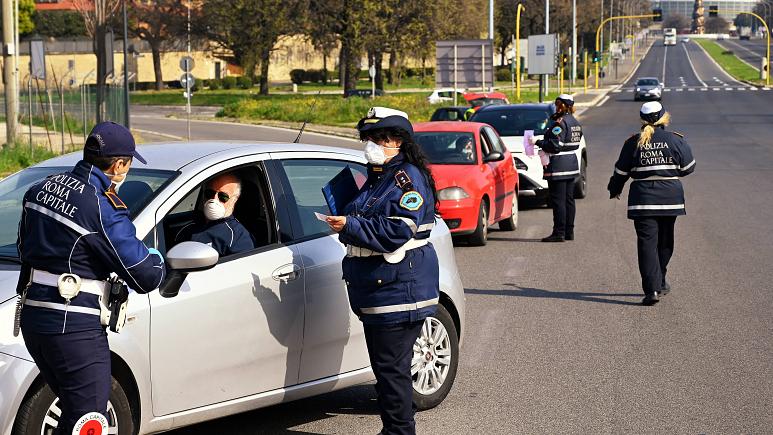 In its most far-reaching measures to stop the spread of coronavirus, Italy is slowing industrial production nationwide, while the hardest-hit region of Lombardy has banned any outdoor exercise not on personal property and set distance limits on dog-walking.

Franco Locatelli, president of Italy’s Higher Health Council, said on Sunday that with the new stringent measures announced this weekend, Italy had exhausted all the possible ways it could to limit personal and professional contact.

That came as Italy announced that the increase in both infections and deaths had showed the first sign of narrowing in the previous 24 hours.

“Let’s continue to keep social distance,” Locatelli said. “Let’s adopt these measures, let’s manage our behavior and … certainly we will get the results we are hoping for.”

After a week of complaining that too many people were still out and about in Lombardy, authorities in the hardest-hit region with nearly half of Italy’s cases and two-thirds of deaths issued the clearest measures yet to close loopholes being leveraged to circumvent bans on movement.

As of Sunday, the maximum radius for dog walking was set at 200 meters, and all outdoor sport that cannot be practiced at home was banned – not because sports posed a threat, but because people were abusing the freedom of movement.

Authorities in Lombardy also raised fines for violators to €5,000.

Lombardy moves came just ahead of new measures announced by Premier Giuseppe Conte to slow industrial production in the Eurozone’s third-largest economy and a major exporter to only sectors deemed crucial.

The government on Sunday was still drawing up a list for the slowdown, set to take effect early in the week.

Locatelli urged anyone whose job would be idled by the new measures to not travel to their hometowns, or risk spreading contagion.

He also called on the more than 23,700 Italians with the virus and who were isolated at home to steer clear of family members as outlined by the health ministry, to keep the virus in check.

On March 11, all commercial activities except for those providing necessities were closed.

On Sunday, Rome Police Chief Franco Gabrielli said 80 people had been cited a day earlier — including for shopping 10 km from home, traveling 15 km to a doctor’s appointment and claiming medical reasons for being out for a walk but lacking a doctor’s certification.

Wizz Air plans 1 May return for some European flights

How to clean your bathroom to protect against the coronavirus