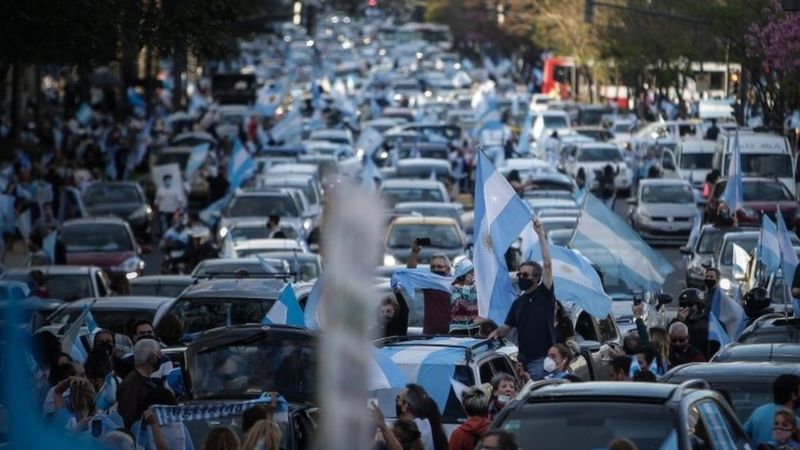 Many Argentines are angry at the government’s handling of the crisis and the economic effect of lockdowns, as well as issues such as corruption.

A strict lockdown early in the pandemic meant that the number of cases grew slowly at first.

But following an easing of restrictions cases have been rising steeply.

What are the latest figures?
As of Monday, Argentina has 903,730 confirmed cases of coronavirus, making it the country with the sixth highest number of infections. 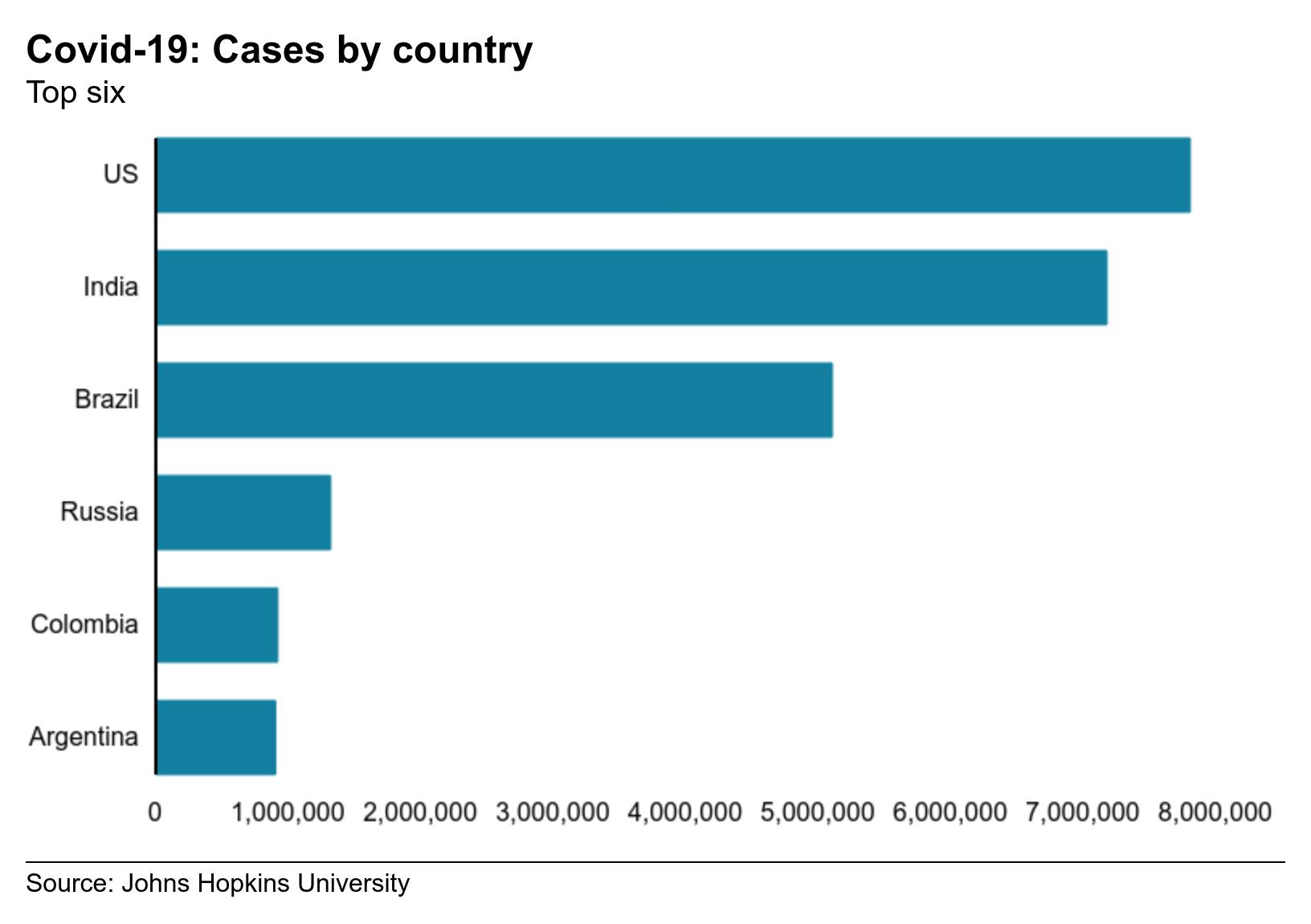 More than 24,000 people have died with Covid in the South American nation.

It registered its highest daily number of confirmed cases on 7 October, when 16,447 infections were registered. On Monday, health authorities reported 9,524 new cases.

Health officials say there has been a steep increase in infections in large cities in the interior of the country.

What were the protests about?
Thousands of Argentines joined anti-government protests in the capital, Buenos Aires, and other major cities on Monday.

Their grievances were varied, including opposition to reform of the justice system and calls for corruption cases to be investigated.

But many also said they were opposed to the government’s handling of the pandemic, in particular the effects of lockdowns which have further hurt Argentina’s already ailing economy.

Some parents attending the march in Buenos Aires told local media they wanted schools to reopen while people working in the hospitality sector said they were facing economic hardship after months of lockdown.