A cruise ship which has been floating at sea carrying passengers with suspected coronavirus after it was turned away from South American ports has finally been given permission to dock in Florida.

The Zaandam and sister ship the Rotterdam, which was sent to help it, were given the green light to disembark people at Port Everglades after days of negotiation with local officials. 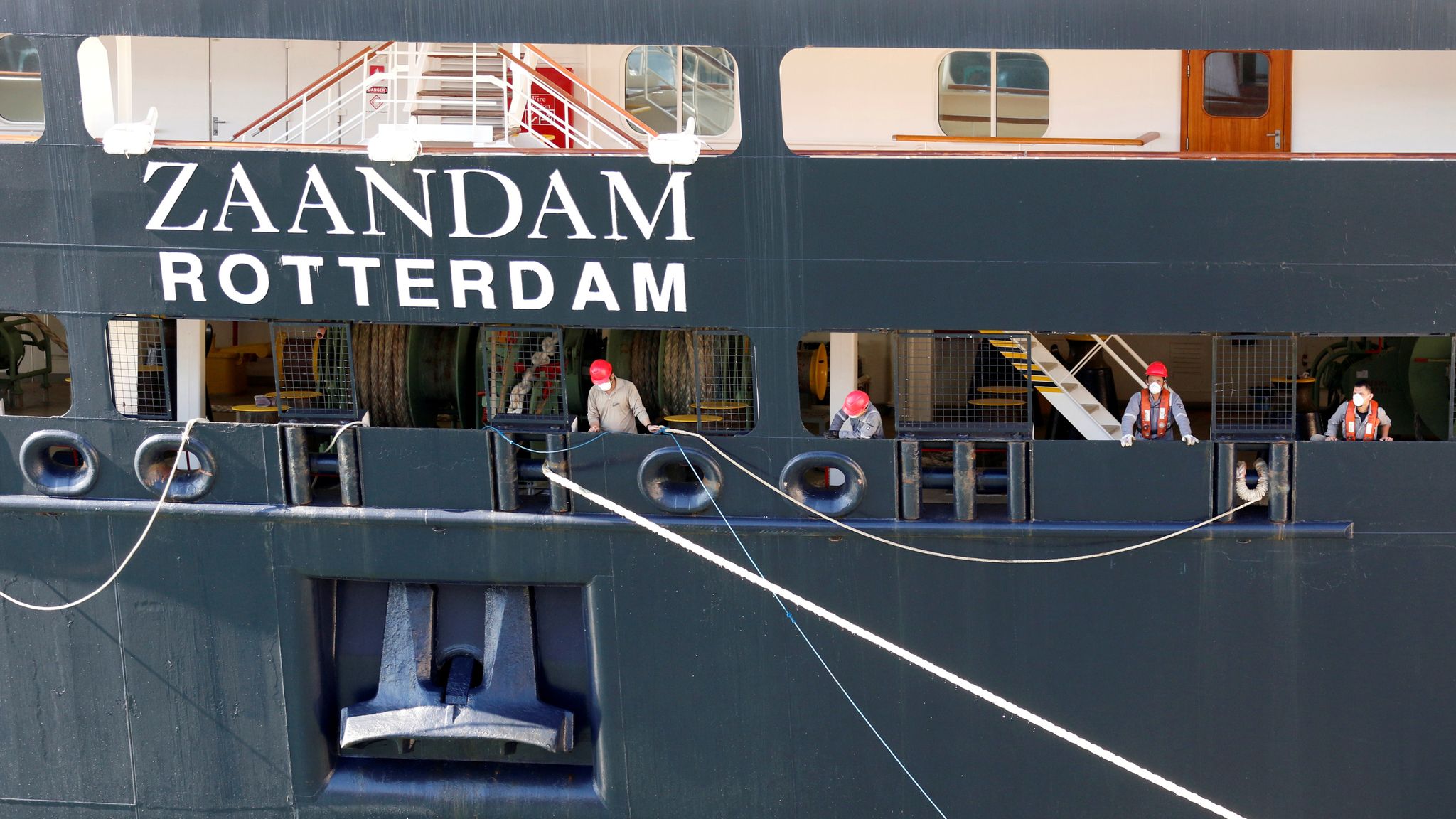 Passengers have not been able to step on dry land for almost three weeks.

Four elderly people died on the Zaandam – including a British man – and at least two from COVID-19 – according to William Burke, chief maritime officer for Carnival Corp., which owns the ships.

Earlier this week, he said nine people had tested positive for the virus.

An elderly British couple aboard the Zaandam previously issued a desperate plea to the United States to allow the vessel to dock.

Germany reports 47 new deaths in the past day