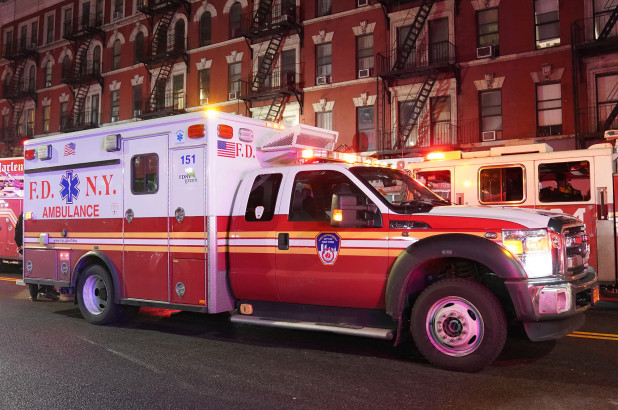 Cardiac arrest victims whose hearts cannot be restarted at the scene are now being left there — rather than being brought to coronavirus-strained hospitals for further revival attempts, according to a new guidance for medical responders.

The Regional Emergency Medical Services Council of New York, which oversees the city’s ambulance service, issued the guidance on Tuesday in a letter obtained by The Post.

Previously, people whose hearts could not be restarted on the scene would be brought to the hospital.

But the new guidance is a grim calculus that’s meant to save lives, one veteran EMS worker told The Post.

“They’re trying to do what they can with the people who have the most likely chance of being saved,” the worker said.

Under the rule, “if you can’t get revived on scene, that’s it. They’re going to work on you, but if they can’t get a pulse back, they won’t transport you” to the hospital, the worker explained.

The decree — which took effect immediately — comes as city ERs and intensive-care units are swell with critically ill coronavirus patients.

Paramedics will still render aid at the scene under the directive.

“Artificial ventilation and/or compressions must not be delayed,” the memo states, adding that chest “compressions must begin as soon as it is determined the patient does not have a pulse.”

But the guidelines change if the patient cannot be revived before arriving at a hospital.

“No adult non-traumatic or blunt traumatic cardiac arrest is to be transported to a hospital with manual or mechanical compression in progress without either return of spontaneous circulation (ROSC) or a direct order from a medical control physician unless there is imminent physical danger to the EMS provider on the scene,” the directive said.

“In the event a resuscitation is terminated, and the body is in public view, the body can be left in the custody of the NYPD.”

Austria’s border with Germany will reopen in 2 steps

Conservative groups boost anti-quarantine protests in the US

Coronavirus: Boris Johnson’s return to work ‘a boost for the country’