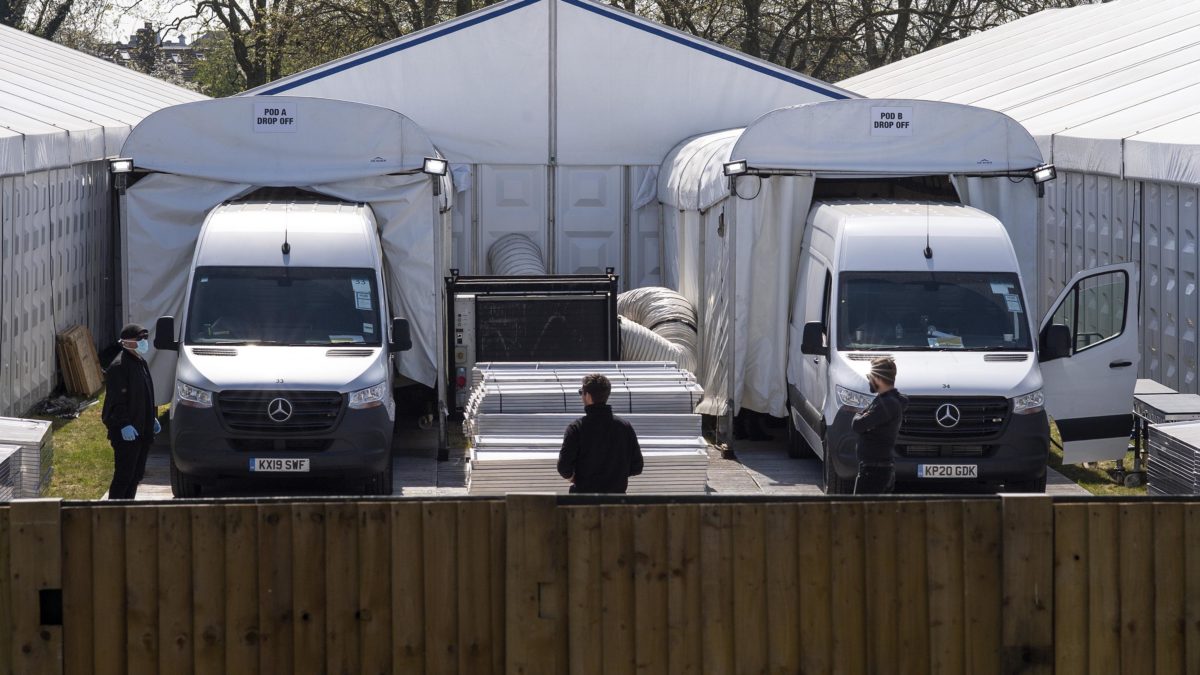 LONDON, UNITED KINGDOM - APRIL 15: Vans back into drop off pods at a temporary morgue on Wanstead Flats on April 15, 2020 in London, England. The Coronavirus (COVID-19) pandemic has spread to many countries across the world, claiming over 140,000 lives and infecting more than 2 million people. (Photo by Justin Setterfield/Getty Images)
Coronavirus, Europe, News, UK

The true number of deaths from Covid-19 in England and Wales was significantly higher in the period up to April 10 than had been previously reported by the government, new figures show.

At the time, the official figures stated that 9,288 people had died from Covid-19. But figures released Tuesday by the Office of National Statistics (ONS) found the real number was 13,121. That’s 41% more.

The discrepancy is because the initial government figures only record those who died in hospital after testing positive for Covid-19. The more complete ONS numbers reflect everyone whose death certificate records a case of Covid-19 — even if it is only suspected, and whether or not they died in hospital.

The new figures also show that 1,043 coronavirus deaths in the UK have taken place in care homes. Concerns have been raised in recent weeks over the lack of protective equipment and testing in those facilities.