Environmentalists in Greece protest outside parliament after country eases some restrictions 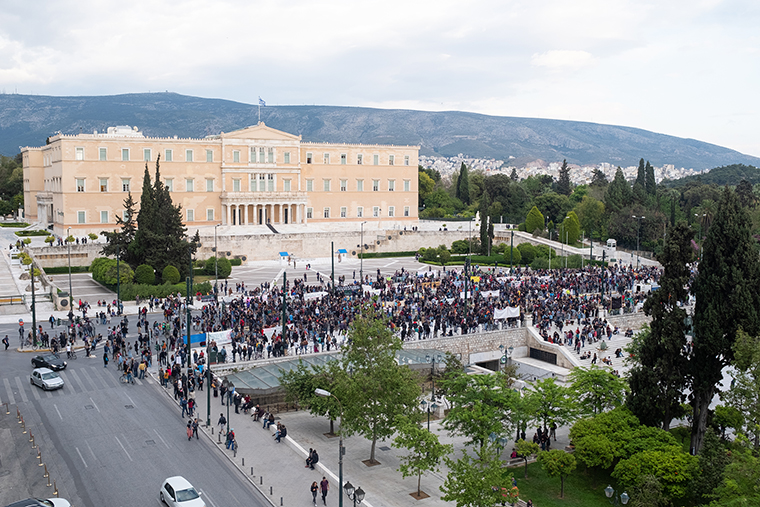 How normal are things in Athens right now? On the day the country began to ease its strict lockdown measures, environmentalists took to the steps of parliament to protest proposed legislation.

Greece has largely avoided the Covid-19 epidemic, with just 146 deaths total. The government acted fast to implement a strict lockdown, before there was even a single death.

On Monday, the first measures were eased: Some small businesses were allowed to open, and Greeks no longer have to register with the government in advance of leaving their homes.

The bill proposed by the government would simplify regulations around land use, protected areas, and energy; a vote in parliament is expected Tuesday.

“This cannot wait,” Athanassia Tsirtavi, president of environmental group Peripolo told CNN by phone. “The changes the government is planning are very serious and they will further harm the environment. The time to act is now.”

“These are people who have been complying with the measures, most had barely exited their houses for weeks,” Tsirtavi said.

In an exclusive interview on Sunday, Prime Minister Kyriakos Mitsotakis told CNN that he saw the pandemic as an opportunity to rally the world to take on the even bigger challenge of climate change.

“I’ve been making the case for a green transition in Greece since I first got elected,” he said. “If there’s one maybe good thing that came out of this pandemic, it proved that if we if we can all work together towards a common cause.”