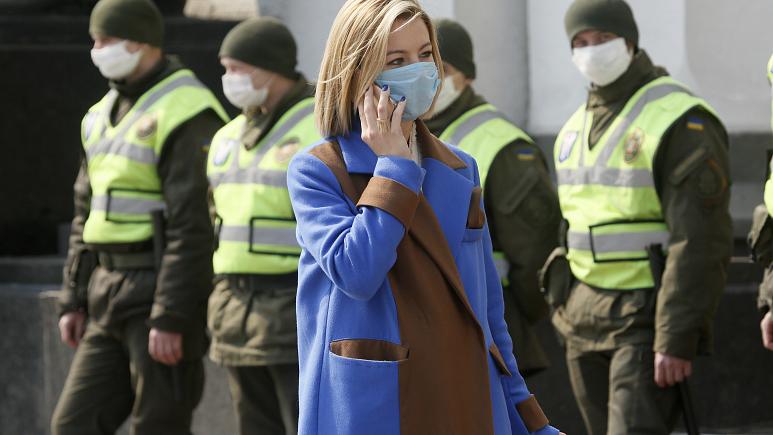 This is not the way that Briton Nadene Ghouri had planned to spend the first six weeks of motherhood.

Holed up in an apartment in central Kyiv, Ghouri only leaves the house to buy food and nappies. Her husband, Sam, is in the UK. Ukraine’s border is closed. But even if there were flights back home her newborn son, Gilbert, doesn’t have a passport.

After ten years of trying to have a family, Sam and Nadene opted to have their son via surrogacy, and chose Ukraine. Unlike other countries – including the UK – there are no legal grey areas in Ukraine when it comes to surrogacy, and it has a reputation for being well-regulated.

After Gilbert was born on 27 February, the couple quickly got his Ukrainian birth certificate and a DNA test, as required by law, and immediately began the process of getting his British passport.

“Sam had to return to the UK for work briefly, with the aim of coming back,” Nadene told Euronews, “and that was the week that the world went crazy. Ukraine shut its border, so Sam couldn’t get back and I couldn’t leave.”

After a good deal of wrangling with the British authorities, Ghouri is no closer to getting the passport that Gilbert needs – and even if that were taken care of, there are currently no flights in or out of Ukraine. But the real agony, she said, was that her husband was missing the first precious weeks of their son’s life.

“We’ve been trying to have this family for over a decade, and had so much heartbreak along the way. To not be together is awful. Sam is watching his baby change every day on Skype, and we don’t know how long that’s going to be for,” she said.

Ghouri is aware of at least five other British couples in the same situation, two in Georgia – another popular destination for surrogacy – and two in the US. Euronews has also spoken to couples from Spain that are either stuck in Ukraine or cannot get into the country. 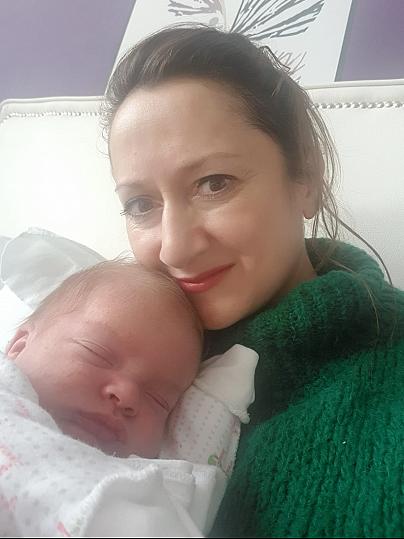 Rafael Arias and Maria Falagan’s daughter, Marta, was born on Tuesday in Kyiv, but while Rafa was able to get into Ukraine just hours before its border closed, Marta was too late. She missed Marta being born, and has been stuck in Spain for the first days of her life.

“Who would have thought that a world virus would take away that moment of holding her in my arms at birth?” she told Euronews.

Ukraine is a popular destination for Spanish couples seeking surrogacy, which is illegal in Spain. Unlike the UK, Spain does not provide passports to children born overseas through surrogacy, and couples need to apply for Ukrainian passports in order to get their children to Spain.

But because Marta was born after the COVID-19 lockdown in Ukraine, her parents have been unable to get the papers they need.

Another couple, Gema García and José Antonio Sánchez, have been trapped in Ukraine since March 8, the day their daughter was born.

“The problem with the Ukrainian government is that the administration is closed and cannot be processed online,” García and Sánchez told Euronews. “In some cases and at certain times they do open up, but it is not easy to get the necessary documentation to leave the country”.

The situation is far from simple even for those who have managed to get the right documentation for their children.

Luz Marin and Sergio Aznar arrived in Kiev on 5 March, three days before their son, Sergio, was born. With no flights scheduled out of Ukraine until April 25, they stranded in the city.

“The Spanish government does not give us any kind of help, referring us again and again to an instruction from last year by which they refuse to register children born to Spaniards here in Ukraine because of surrogacy,” they explain.

According to an NGO – the Platform for the Protection of Children Born in Georgia and Ukraine (APINGU) – as many a 20 Spanish families are currently holed up in Kiev, with no idea when they can return home.

All of those spoken to by Euronews have asked the Spanish government for special dispensation to bring their children home, none have received a response.

For Nadene and husband Sam, the process of trying to get Gilbert his British passport has been Kafkaesque: while Britain’s Foreign Office has offered to provide emergency papers for the baby to allow him to leave, Britain’s Passport Office has refused to allow him to do so without a passport.

Like the couples from Spain, Ghouri simply wants the British authorities to act – and act quickly.

“We’re at risk here. I’m on my own and every time I have to go out to the supermarket to buy food I have to take a new born baby with me. The big risk is that with cases rising in Kyiv every day that the myself or the baby are going to get ill,” she said.