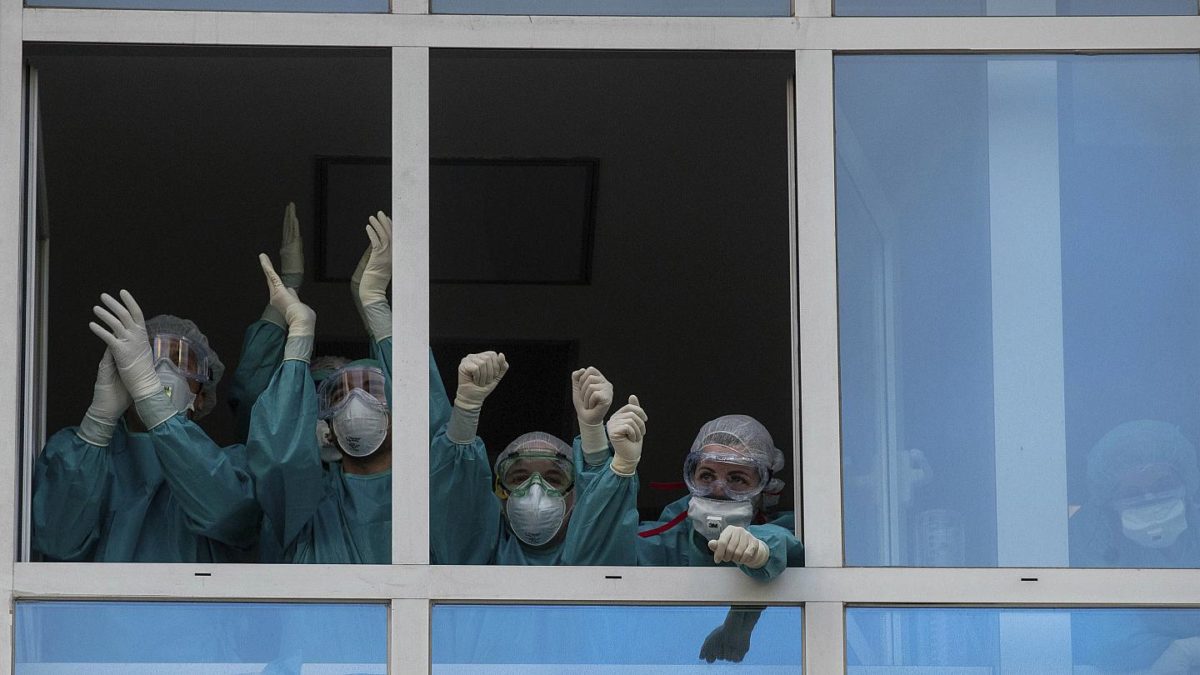 In the coronavirus crisis, it’s all about the truth: the numbers, the science, the outlook, but also about political actions.

These were the words of EU chief Ursula von der Leyen, speaking before an almost empty European Parliament this week

Then Von der Leyen, president of the European Commission, did something that politicians rarely do, apologise.

“Yes, it is true that no one was really ready for this,” she said. “It is also true that too many were not there on time when Italy needed a helping hand at the very beginning. And yes, for that, it is right that Europe as a whole offers a heartfelt apology.”

But Europe had learnt from this, she claimed, adding the continent became the “beating heart of solidarity”.

Exit strategy
After its experience with the UK, EU institutions understandably tend to steer clear of the word “exit”.

So this week the European Commission instead released a “roadmap to lifting coronavirus containment measures”.

Some countries have just extended their lockdown orders, but others cautiously started to ease them.

In Denmark, nurseries and primary schools were re-opened this week;

Danish Prime Minister Mette Frederiksen personally welcomed children at a school in Copenhagen, not without washing her hands before entering a classroom.

The children must sit at a distance from each other and then they are only together in smaller groups with the same caretaker or teacher.

In it for the long run?
Despite the easing of some of the restrictions, we are still far away from any notion of normality.

Experts even tell us that things can still get out of hand.

“In emergency planning and management there are three elements really,” explained David Alexander, professor of risk and disaster reduction at University College London.

Governments were warned about pandemics regularly. And yet, they were taken by surprise. So why were they not better prepared?

“I think it is because of ‘short-termism’ that you get in government and the fact that it is possible to gamble on the possibility or the probability that something will not happen during the cycle of a particular administration,” said Alexander. “And then when it does, all hell breaks loose, as we have seen.”

And the million euro question – what happens next?

“There is a serious risk of a second wave,” claimed Alexander, “And looking back to the influenza in 1918-1920, in Europe it lasted for 14 months and the second wave was actually worse than the first wave. It was more lethal.

“So there are distinct risks that we relax the measures too quickly. Therefore we cannot do that. And I fear that there will be on-off measures for quite a long time, possibly into 2022.”

War words
Some leaders have compared the coronavirus crisis to an all-out war.

In the United States, Donald Trump even declared himself a wartime president.

Yet in a war, you need allies and a international coordination. Not Trump. He chose diplomatic self-isolation by suspending US payments to the World Health Organization.

Even if he had raised some fair points, Trump’s unilateral move was widely criticised by the rest of the world. 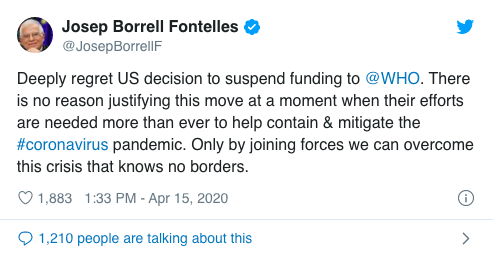 EU foreign policy chief Josep Borrell said he regretted Trump’s decision and that it could not be justified when WHO’s efforts were needed more than ever to help contain and mitigate the pandemic.

Coronavirus: Marriott reopens all hotels in China as travel rebounds