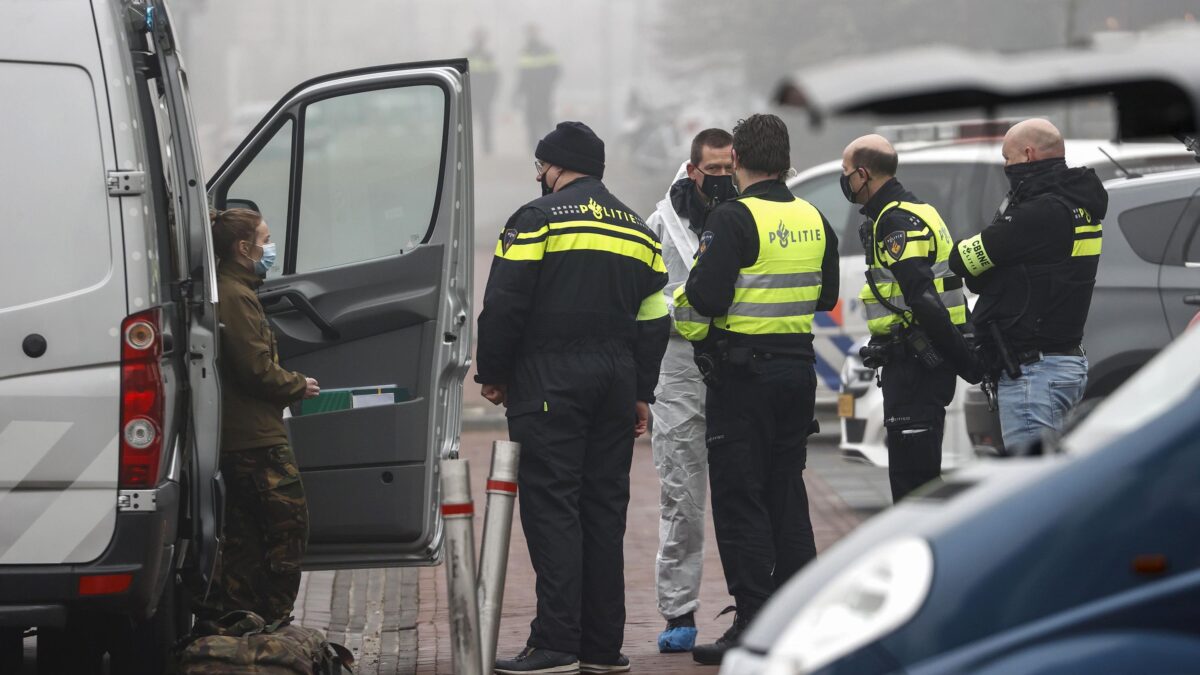 Police officers stand in a street after an explosion occurred near a Covid-19 test centre, shattering windows but causing no apparent injuries, in Bovenkarspel, the Netherlands, on March 3, 2021. - A bomb squad was sent to determine whether any explosive material remained at the scene, public television network NOS reported. In January a Covid testing centre was set on fire in the Dutch village of Urk as protests broke out over the start of an overnight curfew in the Netherlands introduced as part of measures intended to rein in the virus. (Photo by Koen van Weel / ANP / AFP) / Netherlands OUT (Photo by KOEN VAN WEEL/ANP/AFP via Getty Images)

An explosion has been reported near a Covid-19 testing center in the Netherlands, police officers said Wednesday. No injuries resulted from the incident, which took place in the northwestern province of North Holland.

The blast comes in the wake of several anti-lockdown demonstrations in the country.

“On the street of the Municipal Health Service’s Covid-19 test center in Bovenkarspel, an explosion went off at 6:55am this morning,” police said in a tweet Wednesday.
“Windows destroyed, no injuries. Police are investigating. Area is cordoned off.”

The police force later said the blast appeared to have been caused by a metal cylinder the size of a paint can.

“An improvised explosive device went off, a metal cylinder of about 10cm high and diameter, I think in the form of a paint can.” a police spokesperson said in a statement.
“Damage [is] limited to five windows, façade does not appear to be damaged.”

Last month, police in the Netherlands arrested two people after they allegedly caused a fire near a different Covid-19 test center in the town of Urk on January 23.

The Netherlands is slowly easing its Covid-19 lockdown but a controversial night curfew remains in place until at least March 15.

January saw several nights of riots over the restrictions. RTL Netherlands described the unrest as the country’s worst in 40 years.