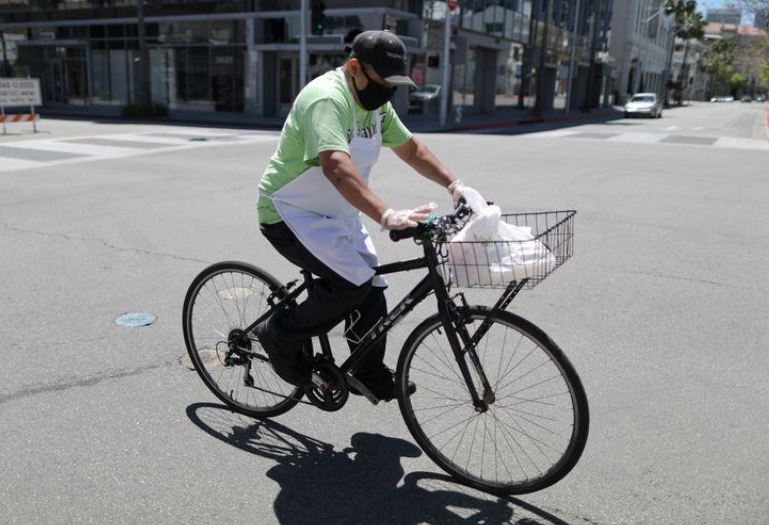 The governors of Connecticut, Maryland, New York and Pennsylvania each issued orders or recommendations that residents wear face masks as they emerge from isolation in the coming weeks.

“If you are going to be in public and you cannot maintain social distancing, then have a mask, and put that mask on,” said New York Governor Andrew Cuomo, a Democrat.

California Governor Gavin Newsom has said residents across the nation’s most-populous state would likely be wearing masks in public for some time to come.

“We are going to be getting back to normal; it will be a new normal,” Connecticut Governor Ned Lamont said, echoing a phrase used by at least two of his fellow governors in recent days.

In Michigan, hundreds of cars flooded the streets around the state Capitol in Lansing on Wednesday to protest Democratic Governor Gretchen Whitmer’s stay-at-home orders, some of the strictest in the country.

Some protesters, in the demonstration organized by conservative and pro-President Donald Trump groups, left their cars to gather on the lawn in front of the Capitol building, many of them not wearing masks or practicing social distancing.

TOLL ON HEALTHCARE STAFF
As of Wednesday night, 30,885 people in the United States had died of COVID-19, the respiratory illness caused by the novel coronavirus, according to a Reuters tally.

That includes more than 4,000 deaths newly attributed to the disease in New York City after health officials revised their counting methods to include “probable,” but unconfirmed, cases.

Healthcare workers have faced unique health threats while working on the front lines trying to tackle the pandemic.

Reuters has identified more than 50 nurses, doctors and medical technicians who have died after being diagnosed with COVID-19 or showing symptoms of it. At least 16 were in New York state.

“The emergency room is like a war zone,” said Raj Aya, whose wife, Madhvi Aya – a physician’s assistant in Brooklyn – was one of the healthcare workers who died in New York.

As the outbreak begins to slow, political leaders have bickered over how and when to begin the process of unwinding unprecedented lockdowns that have damaged the economy and largely confined Americans to their homes.

Washington state Governor Jay Inslee told an afternoon news conference the largest obstacle to a return to normalcy was a shortage of coronavirus tests.

“We simply haven’t had enough test kits – they simply do not exist anywhere in the United States right now,” Inslee said, adding the state had purchased about a million swabs, along with vials and test medium but they were just starting to arrive.

At his daily White House briefing hours later, Trump boasted that the United States had “the most expansive testing system anywhere in the world”. But, he said, testing was a problem for the states and not the federal government.

“We can’t be thinking about a Walmart parking lot,” where some testing is being done, but the states and cities should do that, he said.

Senate Democrats on Wednesday unveiled a $30 billion plan to vastly increase nationwide testing for the coronavirus.