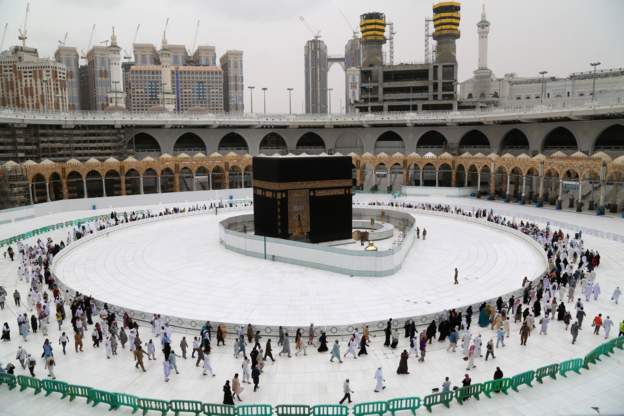 Saudi Arabia has confirmed its first death from Covid-19. The victim was a 51-year-old man from Afghanistan, the health ministry says.

The kingdom has the highest rate of infections in the Gulf, second to Iran, with 205 new cases reported on Tuesday, bringing the total to 767.

It has imposed tough restrictions, including an overnight curfew for the next three weeks, to try to slow the spread of the disease.

Other measures include shutting public venues, including places of worship – apart from the grand mosques of Mecca and Medina, where restrictions are in place. All public transport has also been suspended.