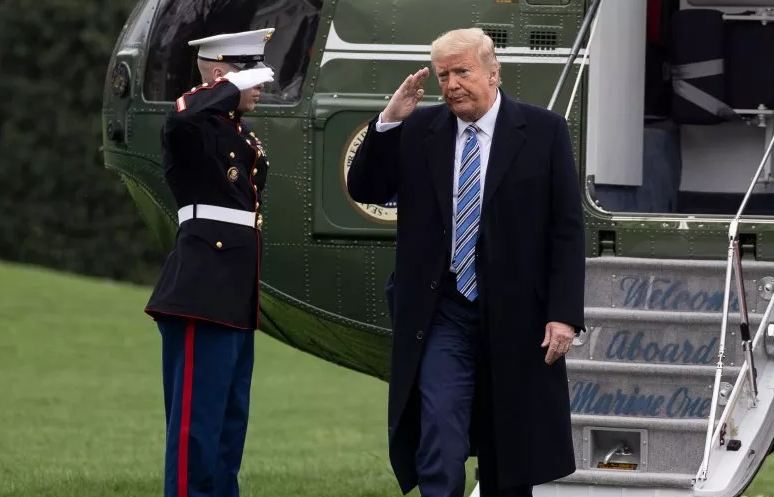 The death toll from the coronavirus in the U.S. has soared past 2,000, as the number of confirmed cases rose to almost 125,000, according to the latest figures from Johns Hopkins University. The U.S. has the most confirmed cases of coronavirus in the world after surpassing Italy and China. New York is the worst-hit state, with more than 53,000 cases and 790 deaths as of Sunday morning.

Trump backtracks after Cuomo blasts idea for quarantining hotspots
As President Donald Trump traveled to Norfolk, Virginia, to see off a U.S. Navy hospital ship bound for New York City, he tweeted that he was considering a quarantine for three states, including New York.

“I am giving consideration to a QUARANTINE of developing “hot spots”, New York, New Jersey, and Connecticut. A decision will be made, one way or another, shortly,” he wrote.

But Trump backed away from the idea after New York Governor Andrew Cuomo branded it tantamount to a “federal declaration of war.”

Instead, Trump announced he had reached a decision after consulting with the White House Coronavirus Task Force and the governors of the three states. He said he had directed the U.S. Centers for Disease Control and Prevention (CDC) to issue a “strong Travel Advisory.” He added, “A quarantine will not be necessary.”

The CDC said in a news release on Saturday that it was urging residents of the three states to refrain from nonessential domestic travel for 14 days, effective immediately, “due to extensive community transmission of COVID -19 in the area.”

Cuomo, who has criticized the federal government’s response to the pandemic as his state became the epicenter of the outbreak in the U.S., told CNN on Saturday that the idea of quarantining the three states was “preposterous.” He added that he believed it would be illegal and would spark “economic chaos.”