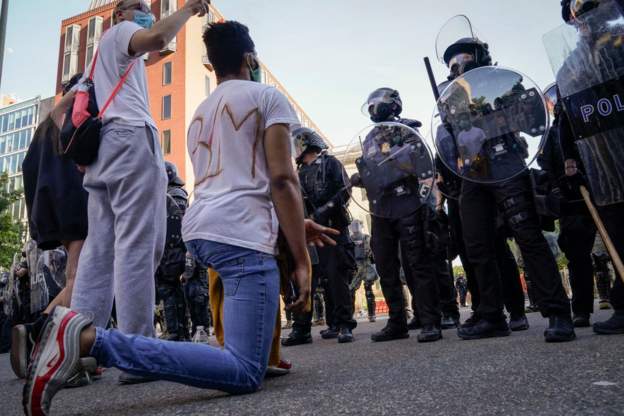 Former African presidents have condemned the killing of George Floyd as violent protests continue in the US following his death in police custody.

The Forum of Former Heads of State and Government has urged African countries to “raise a strong protest” to the killing and demand that the “perpetrators of this crime and all other crimes of this sort be punished in the strongest terms”, according to a statement released by former Beninese President Nicéphore Soglo.

“What level of cruelty must you reach that the entire world finally wakes up and manifests its indignation. Who would dare here, their face visible, to treat in such a way a European, an Arab, an Israeli, an Indian, a Chinese, a Japanese, an Argentinian, etc. Enough is enough,” he said.

Ghanaian President Nana Akufo-Addo has said in a tweet:

We stand with our kith and kin in America in these difficult and trying times, and we hope that the unfortunate ,tragic death of George Floyd will inspire a lasting change in how America confronts head on the problems of hate and racism.”

“The pandemic is far from over,” World Health Organization says