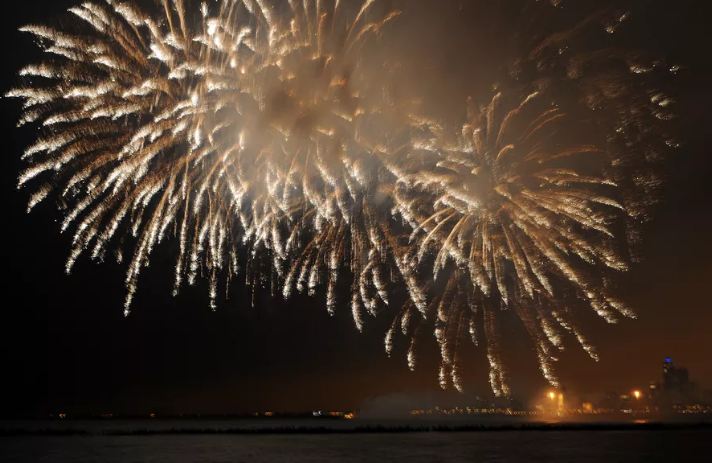 Booms accompanied by ooohs and ahhhs.

They are Fourth of July fireworks traditions that might be considerably muted this year as coronavirus concerns have led several suburbs to cancel patriotic pyrotechnic displays in what could prove to be a growing trend in the coming days and weeks.

“It’s not something we wanted to do,” south suburban Beecher President Greg Szymanski told the Chicago Sun-Times on Tuesday. “We were holding out, hoping and praying we could still pull it off, but I think the writing was just on the wall.”

Public safety was the chief concern, but it was also not the right time to ask local businesses for money to pay for the event, which is entirely funded through sponsorships, Szymanski said. The cancellation was announced Monday.

Melrose Pyrotechnics, the company that had been contracted to put on the show, is waiving its normal 50% cancellation fee and allowing its customers who cancel to use the money — $15,000 in Beecher’s case — as credit for a future show.

“Everyone’s calling and saying ‘What are our options?’” Melrose Pyrotechnics President Michael Cartolano told the Sun-Times.

“Given the fluidity of the situation, Navy Pier has not reached a definitive decision on plans related to its annual summer fireworks series or the Fourth of July fireworks show,” Navy Pier spokesman Payal Patel said in an email. “We will confer with our partners at the city of Chicago as we get closer to the dates, and announce any change of plans or adjustments at that time.”

Uncertainty is the only reliable metric at the moment.

“No one knows how this is going to play out, it’s going to depend on how the virus is moving and what the governor says,” said Cartolano, whose sales team is beginning to call customers to figure out how they want to proceed.

Pritzker issued a stay-at-home order that runs through April, although it might be extended. And he’s said he is in favor of canceling large summer gatherings, but has not issued an order doing so.

One compromise Cartolano hopes will persuade organizers to go on with the show: only use fireworks that explode really high in the sky so people can watch from their yards or strategically parked cars.

“It might be the new normal for a little while, but I think we can provide some decent fireworks entertainment by doing it that way,” he said.

“It’s sort of weird, in some ways it was an incredibly hard decision to make,” said Tia Messino, assistant to the village manager. “At the end of the day, we understand the most important thing is the safety of our residents. I think most people are understanding. Of course, everyone’s disappointed.”

Julie L. Heckman, executive director of the American Pyrotechnics Association, which represents 250 fireworks companies across the country, said the decision to halt or continue may likely come down to local governments.

“There’s no pattern yet. We’re trying to get a pulse,” she said. “Some cities are jumping the gun and canceling already, or more or less postponing, looking for a late summer or fall date to switch to, and everyone’s trying to be as flexible as they can.”

Mid-May is generally the cutoff date for decisions to host or not to host — in order to allow busy fireworks companies enough time to prepare, she said.

“I just can’t see the Fourth of July without fireworks,” she said. “Maybe some communities could have a drive-in style show at a park, but that doesn’t work for the big cities.”

Cartolano’s company is based in Northwest Indiana, but has roots in Melrose Park and has provided fireworks at White Sox games since the 1960s.

“I used to ditch school and go to opening day at the ballpark and shoot fireworks,” he said.

“We love what we do. We’re entertainers. We just want to be back in the game so bad.”