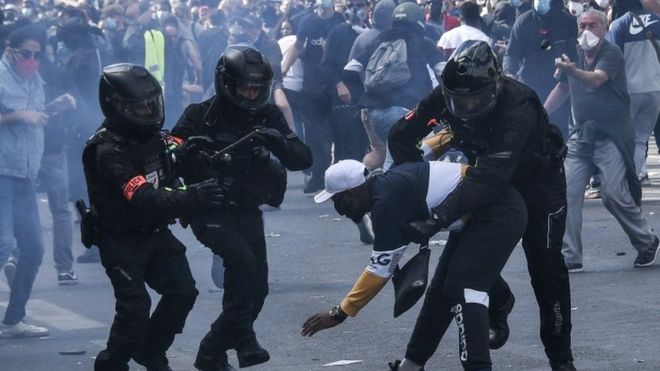 French police have clashed with demonstrators during a protest in Paris against racism and police brutality.

Police used tear gas against stone-throwing protesters who tried to hold a march that was banned.

The rally is part is a worldwide movement inspired by America’s Black Lives Matter protests.

It was organised under the banner “Justice for Adama”, after Adama Traoré, a young black man who died in French police custody in 2016.

Thousands of anti-racism activists gathered on the Place de la République in central Paris on Saturday. However they were blocked by police as they tried to stage a march to the Opera.

Clashes erupted and tear gas was fired as officers moved against the protesters. The march had been banned because of the possible threat to local businesses.