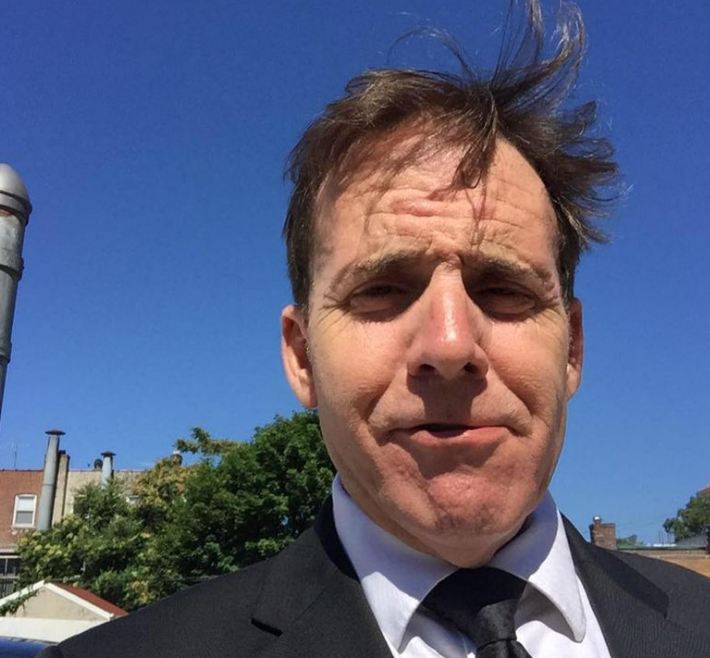 A Queens funeral director who had been working extra hours since his boss was sidelined by coronavirus crashed his motorcycle on the Cross Island Parkway and died, officials said Wednesday.

Kevin Stout, 57, was riding his 2013 Harley-Davidson north on the parkway shortly after 7:30 p.m. on Tuesday when he lost control and hit the median near Exit 36 less than a mile from his Whitestone home, officials said.

Stout died at the scene. A witness who saw the aftermath of the crash said there were pieces of the motorcycle strewn across the road.

Stout worked at the Thomas F. Boland Funeral Parlor in College Point. When the owner, Thomas Boland, got sick with coronavirus, Stout stepped in to pick up the slack.

“He finished all the funerals that we started and kept the business going,” a grateful Boland said.

“He was a standup guy,” said Boland, a fellow motorcycle enthusiast. “That’s how I would describe him. He was on his motorcycle and we don’t know what happened. Everyone’s really still in shock.”

[More New York] Bring on the floof: Two golden pups are delivering locally brewed suds to a growing ’brew dogs’ fan base »
“He seemed to take precautions,” she said. “He always has his helmet on and he wasn’t the kind of person to go speed-racing around. He was just a 57-year-old enjoying his bike, not recklessly.”

McShane said her brother knew the parkway well since they grew up in College Point.

“They said it was coming around a curve and he somehow missed the curve and hit a wall,” McShane said.

[More New York] Citi Bike to launch first stations in the Bronx next week »
“I wonder about that bike because it had just been in for repair. It had a new tire and a tuneup. I can’t help but wonder if there was some sort of mechanical snafu.”

McShane described her brother as a prankster who made everybody laugh.

“He was the kind of person who would show up at your door with doughnuts, just for fun,” she said.

[More New York] Curtain lowers on nuke plant a stone’s throw from Manhattan »
“He was adventuresome. He loved to travel. He was generous and warmhearted.”

McShane said her brother also loved his cat, who is now stuck in his apartment until she can gain entry.

“I’m not sure that his spirit was really into it,” she said.

Instead Stout ended up joining the family’s funeral home business, taking after his father, who passed away a few years ago, before going to work for Thomas F. Boland Funeral Parlor.

An older brother committed suicide 18 months ago, the sister said.

On Saturday about 5:30 p.m., about 3 miles to the south in Bayside, NYPD Officer Richard Holt, the founder and president of a local motorcycle club, was riding his Harley-Davidson when a 2014 BMW struck the rear end of his bike near 17th Ave., police said.

The car’s driver was drag-racing another BMW when he struck Holt’s bike, sources said. Holt, 34, was thrown from his ride and was rushed to New York-Presbyterian Hospital Queens, but he couldn’t be saved.