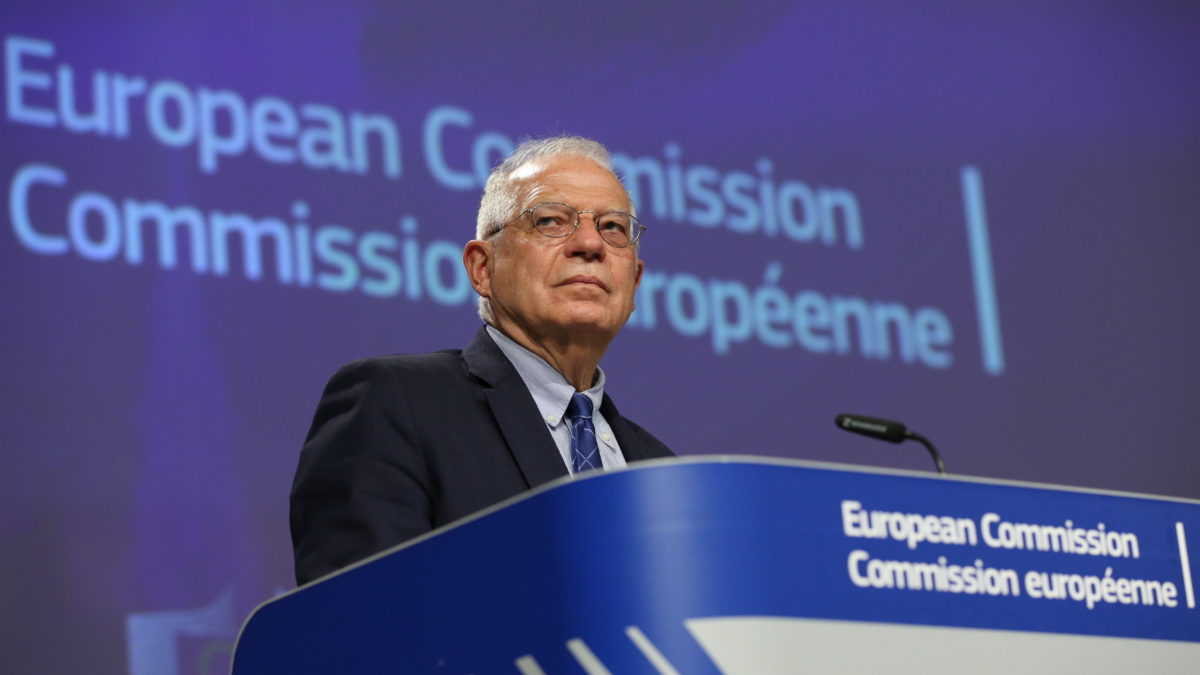 BRUSSELS, BELGIUM - MAY 26 : High Representative of the EU for Foreign Affairs and Security Policy, Josep Borrell holds a press conference after attending a conference on the plight of Venezuelan refugees and immigrants on May 26, 2020 in Brussels, Belgium. Today, the European Union and the Spanish government convened the International Donors' Conference with countries in the region, with the support of the United Nations High Commissioner for Refugees (UNHCR) and the International Organisation for Migration (IOM). (Photo by Pool/Getty Images)

George Floyd’s death was an abuse of power and must be renounced, a top EU diplomat said at a briefing in Belgium.

Josep Borrell, High Representative of the European Union, said all societies should remain vigilant against the use of excess force and deal with such incidents quickly.

“We here in Europe, like the people of the United States, we are shocked and appalled by the death of George Floyd. And I think all societies must remain vigilant against the excess of use of force and ensure that all such incidents are addressed swiftly, effectively and in full respect of the rule of law and human rights,” Borrell said.

“We have to be sure everywhere, especially in societies which are based on the rule of law, democratic representation and respect for freedoms and liberties, that people who are in charge of taking care of the order are not using their capacities in the way that has been used in this very, very unhappy death of George Floyd.”
“It is an abuse of power and this has to be renounced as we combat [this] in the States and everywhere.”

He added: “We support the right to peaceful protest, and also we condemn violence and racism of any kind, and for sure we call for a de-escalation of tensions.”

'I have coronavirus': Armenian PM tests positive as pandemic tightens grip on the country