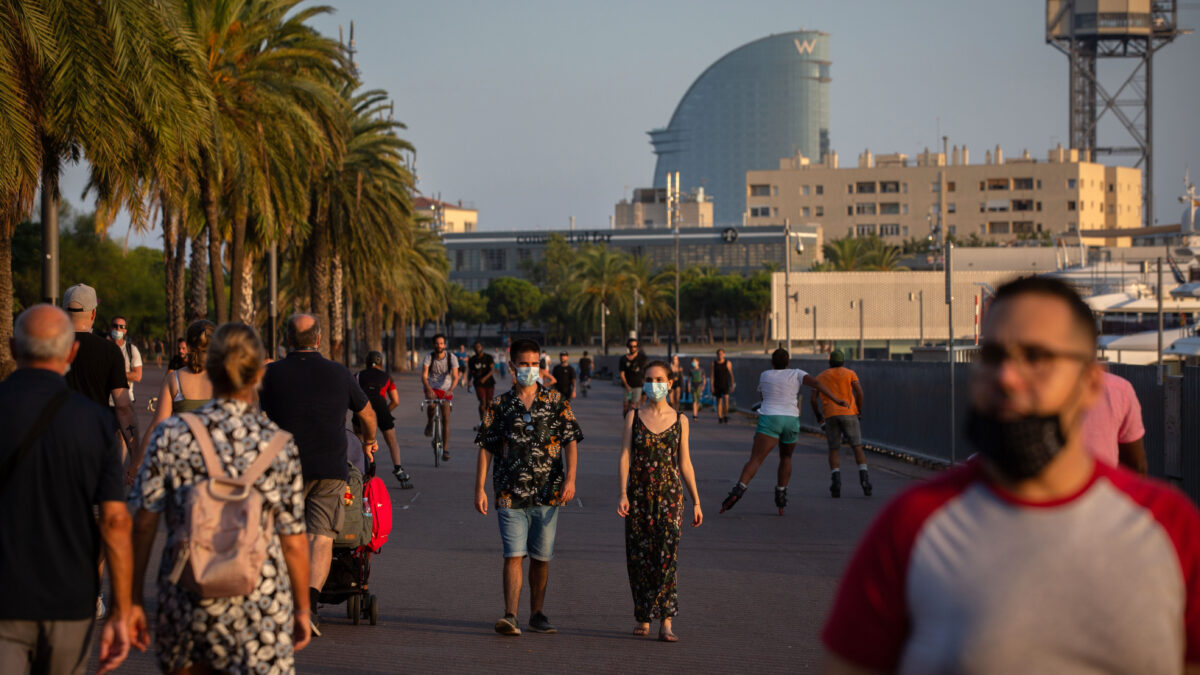 BARCELONA, SPAIN - JULY 28: People walking in Barcelona on July 28, 2020 in Barcelona, Spain. The resurgences of recent weeks and the restrictions imposed by countries such as the United Kingdom on tourists coming from Spain or the recommendations from Belgium, France and Germany not to travel to Catalonia mean that the tourism sector in the region could suffer a further halt after the revival it had with the reopening of the borders after the end of the state of alarm. (Photo by David Zorrakino/Europa Press via Getty Images) (Photo by Europa Press News/Europa Press via Getty Images)

Germany’s center for disease prevention has designated three Spanish regions as “high-risk areas,” according to its most recent update to its global list of places believed to be hotbeds of the novel coronavirus.

“The Autonomous Communities of Aragon, Catalonia and Navarre are currently considered high-risk areas,” the Robert Koch Institute (RKI) said in its amendment to the list.

While the German foreign ministry had already issued a travel warning for the three Spanish regions on Tuesday, the designation by the RKI means that travelers returning to Germany from those regions will be mandated to take coronavirus tests on arrival, according to a new directive by Germany’s health ministry which is set to go into effect next week.

Several other European countries have issued warnings on traveling to Spain.

The UK recently re-imposed a 14-day mandatory quarantine measures for travelers arriving from Spain, a move that could disrupt travel and impact tourism, which is a vital part of the Spanish economy.

Almost half of coronavirus deaths in Europe were in care homes, World Health Organization says