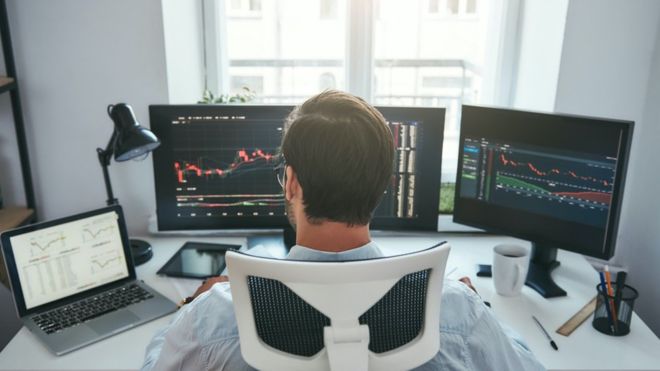 European stock markets have taken further hits over fears of the economic impact from the coronavirus pandemic.

London’s FTSE 100 index sank more than 4%, while main indexes in Frankfurt and Paris were down more than 3%. Earlier, Asian stock markets had fallen sharply.

Crude oil prices have also dropped as economies around the world come to a virtual standstill.

There are concerns that policymakers are struggling to ease the impact of an impending global recession.

The Organisation for Economic Co-operation and Development has warned that the world will take years to recover from the coronavirus pandemic.

Angel Gurría, OECD secretary general, told the BBC the economic shock was already bigger than the financial crisis and it was “wishful thinking” to believe that countries would bounce back quickly. 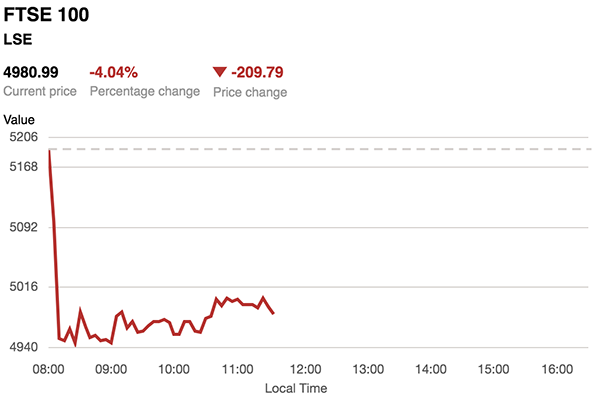 Russ Mould, investment director at AJ Bell, said: “We really are in the thick of a global crisis and markets are showing little sign of optimism as the new trading week gets underway.

“Events are moving so fast that it is difficult for investors to truly understand what’s going on with businesses.”

New Zealand’s main share index started the day down by more than 10%, but recovered some ground to close 7.6% lower.

The ASX 200 in Sydney dropped more than 7% in early trading and closed down 5.6% at the end of the trading session

In India, where a 14-hour curfew was announced, its Sensex index fell 10%, triggering a “circuit breaker” and a 45-minute trading halt. It continued its slide to fall 12%.

“It would be a brave, or foolish, man to call the bottom in equities without a dramatic medical breakthrough,” said Alan Ruskin from Deutsche Bank.

Brent crude oil futures fell by more than 5%, taking the price to below $26 a barrel, as the closure of businesses and mass travel bans around the world hit demand for energy. 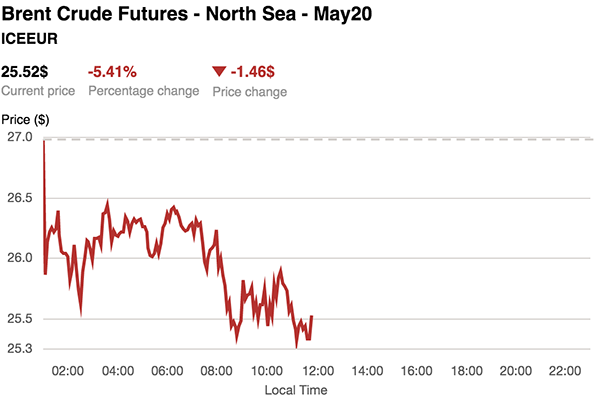 It comes as fears are growing over what authorities around the world can do to combat the effect of the sharp slowdown in global economic activity.

In the US, senators have failed to pass a motion to advance stimulus legislation worth almost $2 trillion to help the world’s biggest economy deal with the impact of the pandemic, after congressional Democrats said it would be too generous to big business.

At the same time countries around the world have announced new measures to slow the spread of the virus, including ordering people to stay at home and closing down bars and restaurants.

UK Prime Minister Boris Johnson has warned “tougher measures” could be introduced if people do not take the government’s coronavirus advice seriously.

Germany has expanded curbs on social interactions to try to contain the outbreak, banning public gatherings of more than two people

Australia is shutting down non-essential services as coronavirus cases rise rapidly in the country.

US stocks have already fallen by around a third since the middle of last month, while even areas of investment normally seen as safe havens, such as the bond market, are under stress as hard-hit funds are forced to sell good assets to cover losses elsewhere.