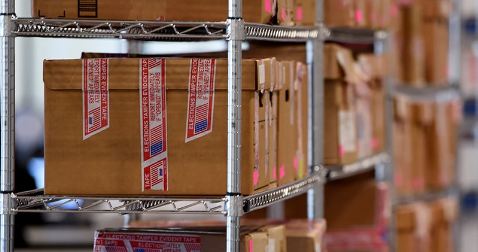 The two Republicans on Michigan’s Wayne County Board of Canvassers claimed in signed affidavits Wednesday that they were bullied into siding with Democrats and have now rescinded their votes to certify.

The two Republicans — Monica Palmer and William C. Hartmann — were involved in a brief deadlock in the county’s election certification process Tuesday before initially voting to certify.

Wayne County, which includes Detroit, is Michigan’s most populous county, with more than 1.7 million residents.

Both Republicans say they were called racists and subjected to threats for raising concerns about ballots that Democrats said were from predominately Black communities, Jenna Ellis, a lawyer for the Trump 2020 Campaign, told Fox News on Tuesday.

Hartmann said in the affidavit that he observed about 71% of Detroit’s 134 Absent Voter Counting Boards “were left unbalanced and many unexplained.”

He said he voiced his concerns and said if the votes did not match, there should have been some kind of explanation. Powell said she spotted the same discrepancy.

“I voted not to certify, and I still believe this vote should not be certified. Until these questions are addressed, I remain opposed to certification of the Wayne County results,” Hartmann said in his affidavit, according to JustTheNews, which was first to report on their decision to rescind.

Palmer said in her affidavit that she faced “accusations of racism” and threats to her family.

Face masks are now mandatory in Iran, as coronavirus cases continue to rise