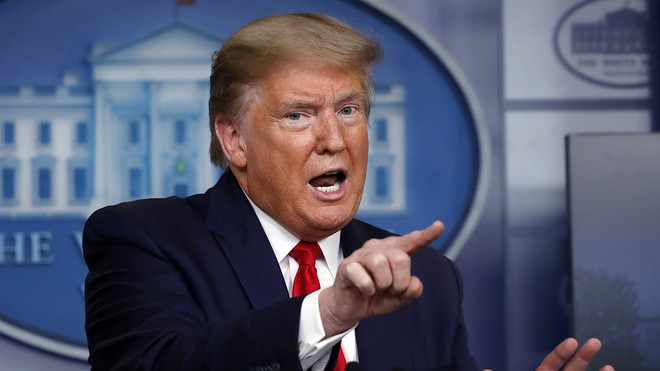 An arms race of sorts has emerged between red states and blue states to reopen America, with Democrat and Republican governors developing rivaling plans to lead their states out of the darkness of the coronavirus crisis while the White House’s Coronavirus Task Force and President Donald Trump’s ultimate decision looms large over the country.

Hundreds of millions of Americans are under some variation of stay-at-home orders in every state in the union, with all 50 states also having active disaster declarations—the first time such a crisis has ever swept the nation in her nearly 250-year history.

The president has called the decision to reopen America for business the biggest he will ever make in his presidency, and his life, and is expected to roll out a new task force from the White House on Tuesday to detail his plans and lead the effort from Washington. The president has also said it is his decision—and his alone—to make, arguing Monday that he has the authority as the nation’s commander-in-chief to override any governors or local officials nationwide who may get in his way.

That being said, while some Democrat governors have expressed unease with moving too quickly—in other words, they want to go on their own timetable, not Trump’s—there is an emerging competition between various governors nationwide to see who can get there first safely for the people of their state.

Texas Gov. Greg Abbott, a Republican, is eyeing a plan rollout as early as this week to begin opening parts of his state back up for commerce. During an interview on Sean Hannity’s program on Fox News on Monday evening, Abbott reiterated the need to get Texas back to work as early as this week—and definitely ahead of the previous schedule of May 1.

“We want to open. Texans love to work. Texans are dying to get back to work,” Abbott said during the Hannity interview. “We want them to get back to work, but we have to do so in a very safe way so that we don’t regenerate the spread of the coronavirus in the state of Texas. But we’re working on strategis as we speak with medical experts and business leaders to find the right strategy so we can unleash our economy.”

He added that he believes Texas—and many other states—can reopen well before May 1.

“I think most states can reopen even sooner than later. We don’t have to wait until May 1,” Abbott said.

The White House, sources familiar with the matter told Breitbart News, has a list of approximately 20 states they intend to begin the reopening process in as soon as potentially later this week but definitely before the end of April. The virus, public health and federal officials admit, has not lived up to the dire predictions that doomsday models had originally forecast. The vaunted Institute for Health Metrics and Evaluation (IHME) model from the University of Washington has been notoriously wrong, predicting first anywhere from 100,000 to 240,000 dead Americans, then dropping that several times in subsequent weeks down to 93,000, then 81,000, then down to 61,000.

The IHME model, which is what the White House used to extend the original “15 days to slow the spread” out from ending at the end of March all the way until now April 30, has also been even more incorrect when it comes to hospitalization numbers. In fact, a little-noticed revision to the model—one of many that the organization has made in the past several weeks—announced that the United States has already passed the proverbial “peak” of the curve of the virus days ago when it comes to hospitalizations and now the modelers admit the virus is in retreat.

Coronavirus cases near 2M worldwide as testing efforts ramp up

Belgium to ease social gathering rules and to open stores