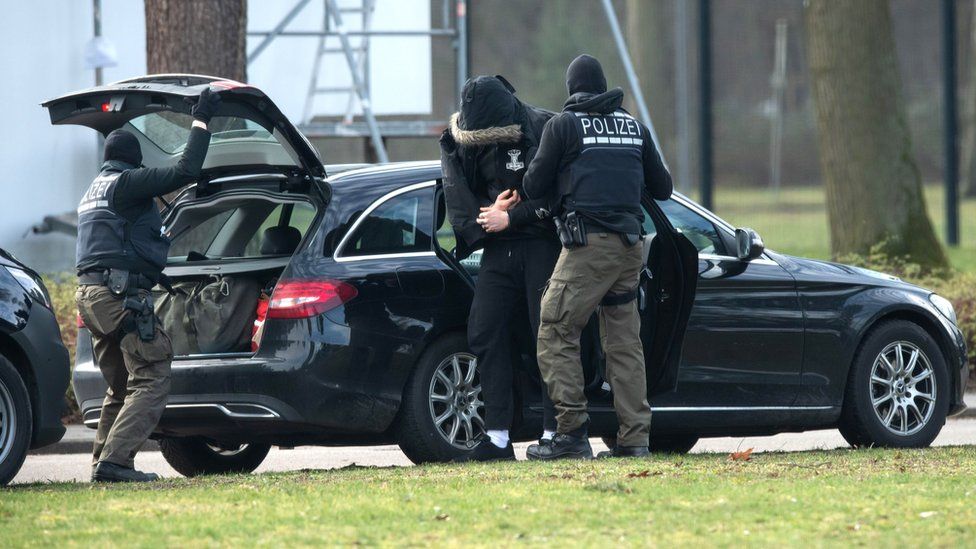 The trial of 11 suspected members of a far-right “terror” group opens in the German city of Stuttgart on Tuesday.

The suspects, aged between 32 and 61, were arrested in February last year.

Prosecutors say the 11 men – all Germans – were members of Gruppe S (Group S), which planned attacks on migrants, Muslims and politicians, with the aim of sparking a civil war.

A twelfth man, a former police officer, is accused of offering material support to the group. He is also on trial.

One of the group is still at large and is being tried in absentia.

What are the men accused of?
The men in Gruppe S intended to “shake and ultimately topple the state and social order” in Germany, the indictment says.

Werner S, the group’s alleged ringleader, organised an initial meeting in September 2019. Over the next few months others joined and kept in touch by phone and internet chat.

According to investigation files seen by German public broadcaster ZDF and the Stuttgarter Nachrichten newspaper, Werner S planned to acquire a Kalashnikov assault rifle with 2,000 rounds of ammunition, an Uzi submachine gun and hand grenades. The group already had 27 unlicensed weapons, mostly pistols, it is alleged.

“If the accused had been able to carry out their planned acts of terror, we would have had a totally brutal and massive killing machine running here,” said Ralf Michelfelder, chief criminal investigator for the state of Baden-Württemberg.

German media report that the authorities were alerted to the group’s activities in autumn 2019 by an informant, who is now the chief witness, under close police protection. In February 2020 police arrested 13 men from five German states. One later died in pre-trial detention.

Most of the group’s members also belonged to other far-right groups, including the Bruderschaft Deutschland (German Brotherhood), German broadcaster ARD reports. 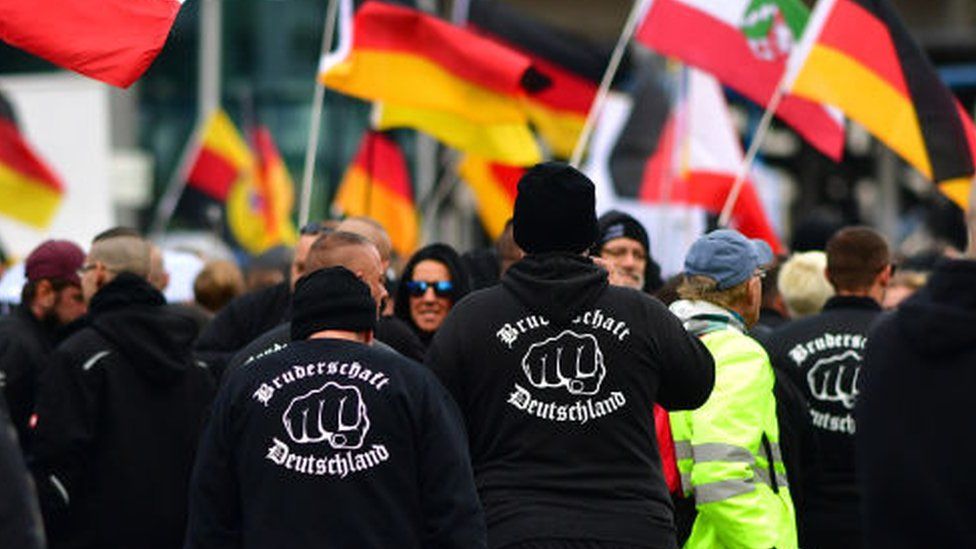 Thorsten W, who is accused of supporting the group, worked for the police in the state of North Rhine-Westphalia and allegedly offered €5,000 ($6,000; £4,300) to buy weapons for the attacks.

Italy’s Lombardy region to reopen restaurants and shops on Monday