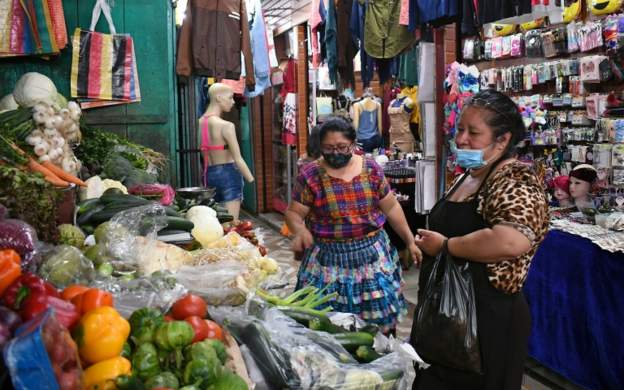 There are fears that coronavirus could spread further in Guatemala after a number of its nationals who had recently been deported from the US tested positive for the virus.

Three quarters of passengers on one flight alone were found to have the virus, the health minister said.

Guatemala has joined El Salvador, Honduras and Mexico in calling for a halt to deportations from the US because of the threat of the pandemic spreading further.

Nearly a third of the world’s two million confirmed cases have been reported in the US, according to Johns Hopkins University, while Guatemala has recorded fewer than 200 infections.

Face masks are now mandatory in Iran, as coronavirus cases continue to rise