Home > News > World > Hannity to Biden: Stop fundraising off and politicizing the coronavirus 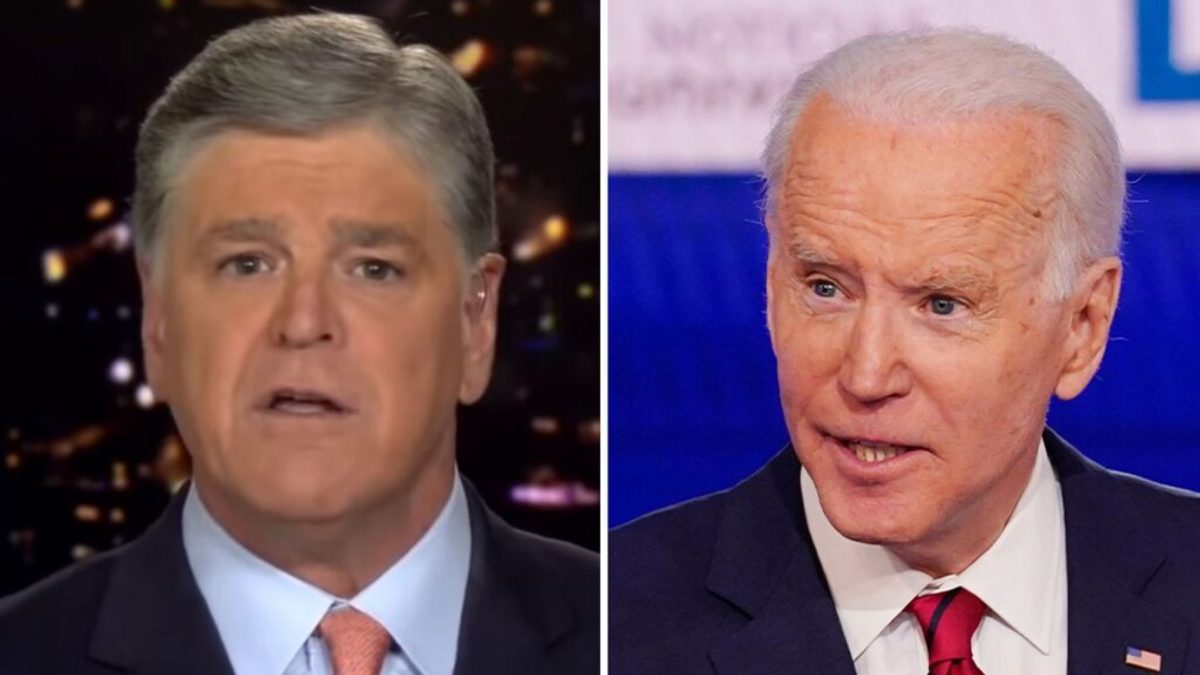 As the country comes together to battle the COVID-19 pandemic, Biden seems to think that it was all President Trump’s fault.

In a recent statement, he accuses the president of “dithering on preparing” for the pandemic, and “lying” about the federal government’s response.

Per usual, Biden is struggling with reality.

So let’s take a walk down memory lane. On Jan. 21, the first confirmed case of COVID-19 was diagnosed in the United States. Just 10 days later, on Jan. 31, President Trump declared a public health emergency, implemented quarantines and announced a ban on travel to and from China.

On the very same day, Biden called the president’s response “hysterical xenophobia”, and “fear-mongering”. To this day, Biden is STILL against travel bans of any kind — even though Dr. Anthony Fauci, director of the National Institute of Allergy and Infectious Diseases, said the bans saved us from untold amounts of suffering.

In the days and weeks after Jan. 31, the Trump administration organized a massive public-private partnership, implemented brand new drive-up testing sites, engaged the U.S. military for support, cut red tape across the board to speed up research and development, and declared a national emergency.

My message to Joe Biden is simple: If you refuse to be a part of the solution, you might consider heading to a church (reminder – it’s Sunday, not “Super Thursday”), and pray to… “you know the thing.”

The response is unprecedented, but pandemics are not.

In April 2009, during the H1N1 outbreak (or N1H1, as Biden mistakenly called it), Obama’s Health and Human Services Department quickly declared a public health emergency. However, the Obama/Biden administration failed to declare a national emergency until October 2009.

By that point, over 1,000 Americans had been killed by the disease and tens of thousands more were infected. In the first year of the H1N1 pandemic, nearly 13,000 Americans lost their lives.

Ultimately, over 60 million Americans contracted the virus, and hundreds of thousands were hospitalized.

Clearly, he’s doesn’t remember his administration’s lackluster response in 2009, or perhaps, he still doesn’t understand the seriousness of a worldwide pandemic. Because now, instead of lending support, he’s using this crisis as a political weapon. In fact, his campaign is fundraising off of COVID-19. Yes, Biden is actually trying to raise money in the middle of a pandemic.

My message to Joe Biden is simple: If you refuse to be a part of the solution, you might consider heading to a virtual church (reminder – it’s Sunday, not “Super Thursday”), and pray to… “you know the thing” (God the Creator of everything). Or, perhaps, you could just ask your son, Hunter “Zero experience” Biden, for some of his millions, so you can travel the world, and let the adults respond to this crisis in a serious manner. By the way, if you’re wondering who to blame for the outbreak, ask your son. I hear he knows a lot about the country of China. And while you’re at it, you can ask them how Hunter got that lucrative deal with the Bank of China.

Dr. Michael Baden: We don't yet know the long term effects COVID-19 will have on survivors