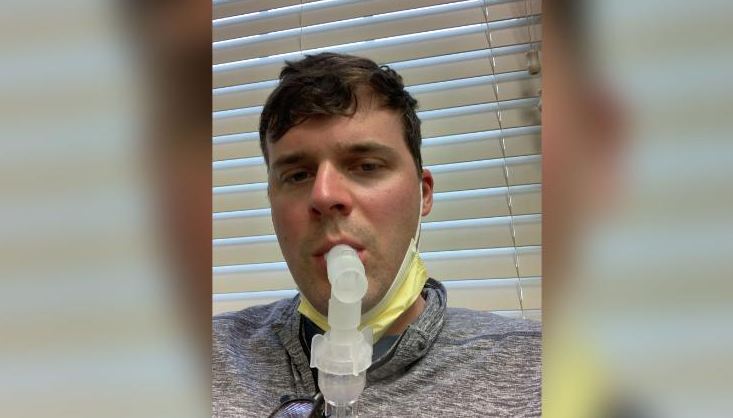 Covid-19 first struck Jordan Josey around St. Patrick’s Day, right as social distancing guidelines were rolling out across the country.

The 29-year-old lawyer from Macon, Georgia, was sick through Easter, before eventually clearing the coronavirus, developing antibodies and gradually building up his stamina again by early May.
He donated convalescent plasma on May 18 and received a letter two weeks later confirming that he was positive for coronavirus antibodies. A swab test around that time came back negative for the virus itself.
Life felt like it was returning to normal. He started jogging again and by late June, he felt confident enough to visit his family in South Carolina, where they played tennis and ventured out on a lake in a boat.
But then inexplicably he came down with Covid-19 symptoms again just before the Fourth of July.
He tested positive again
Josey’s second round of Covid-19 rendered him almost entirely inactive for four weeks.
He and his internist aren’t sure whether the virus was never fully defeated or whether he may have gotten reinfected, perhaps during his weekend trip to see his folks.
His doctor declined to comment for this story, citing concerns about patient privacy.
I can't shake Covid-19: Warnings from young survivors still suffering
I can’t shake Covid-19: Warnings from young survivors still suffering
Whatever the underlying cause, Covid-19 rocked his world again. The disease stole his lung stamina again, but it also presented with symptoms that differed from his first case. It caused fatigue so severe his doctors tested him for mononucleosis. He lost his appetite and dropped weight.
“I couldn’t walk up a flight of stairs or go for a walk in my neighborhood,” he said.
He spent six weeks in total lockdown quarantine, fearful of passing the virus to others. Fortunately, none of the 15 or 20 people he was exposed to in late June tested positive.
“I joked (to the doctors) when I tested positive round two. I was like, ‘Do y’all want to do a case study on me now?’ And they were like, ‘Probably.'”

Coronavirus: Italy approves use of drones to monitor social distancing